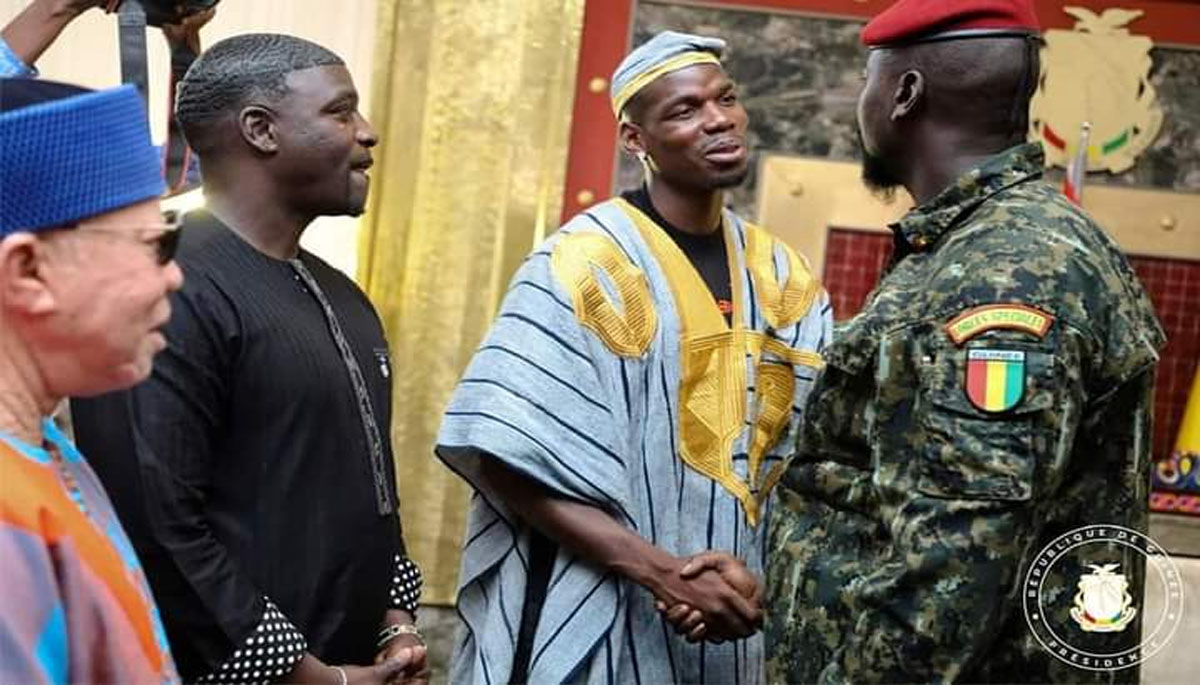 Salif Keita, and international French Footballer, Paul Pogba of Manchester United and Akon, the international music star were received by the Interim president of Guinea, Colonel Mamadi Doumbouya during a charity match between the stars of the country and other African nations.

It was gathered that Akon netted a beautiful goal during the charity game in Guinea International stadium. Our correspondent reported that some Social media fans of these international stars, have showered praises on them, saying it was for the greatness and unity of African Continent.

They also praised the military leader of Guinea for his courageous move for a united African and for the spirit of Pan-africanism in him and the football stars.

Mamadi Doumbouya led a coup d’etat on the 5 September 2021 to overthrow a democratic elected government of Guinea for alleged corruption and was sworn in as interim president on 1 October 2021.