GDN Studios, part of The Guardian Group, has announced the premiere and cinema release of its debut film Eyimofe (This is My Desire), following an extensive tour of the global film festival circuit. The movie will have its Nigerian premiere on Sunday, April 18, just days before opening in cinemas on Friday, April 23.

Eyimofe has been praised by international audiences, festival directors, critics and industry media as an outstanding effort by Arie and Chuko Esiri, brothers and co-directors of their first feature film. The movie takes an unflinching look at the pressures of everyday life in Nigeria, the desperate measures people take to survive, and the unrelenting desire to escape to a better life abroad, by whatever means. It traces the parallel lives of Mofe, a stoic electrician and part-time security guard, and Rosa, a struggling hairdresser, both trying to navigate illegal ways of fleeing the country. 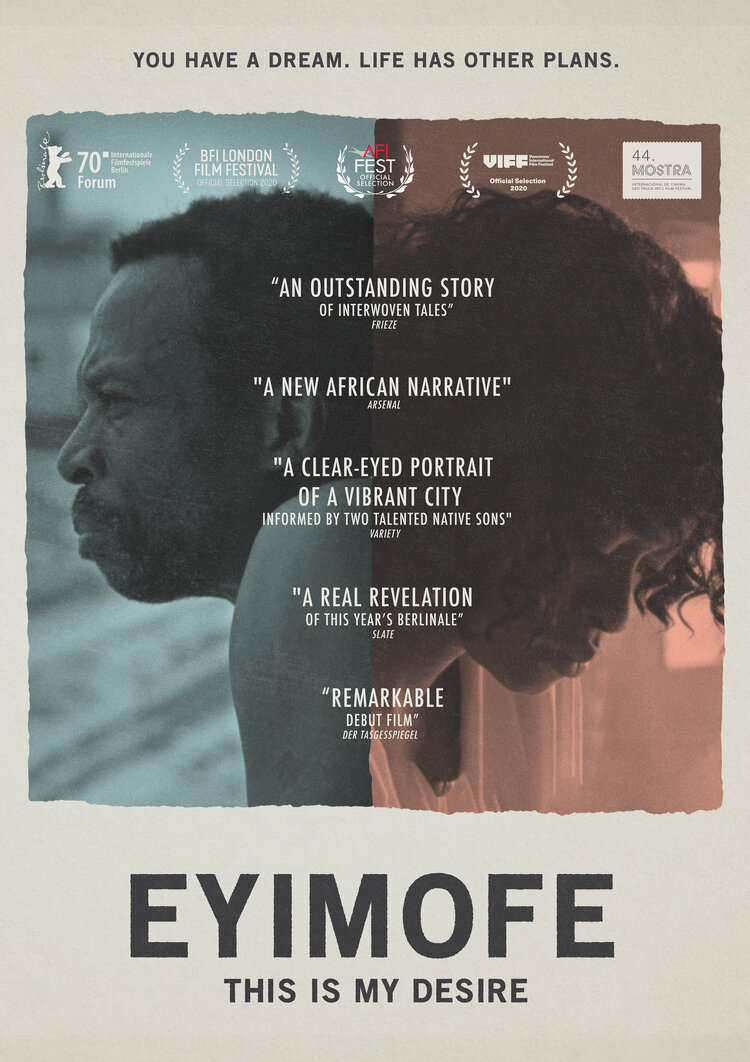 According to executive producer Toke Alex Ibru, the film has exceeded expectations. “We’ve been encouraged by the tremendous reception the film has received in London, Berlin, São Paolo (Brazil), Los Angeles and other cities. It’s really exciting to bring Eyimofe home to Nigeria and see how audiences react to seeing our lives portrayed onscreen in such a realistic way.”

Co-directors Arie and Chuko issued a statement to mark the film’s release. “Eyimofe is very special to both of us – not just because it’s our first full-length feature, but due to the amazing support we have received from the cast, crew, and a host of backers. We’re grateful to GDN Studios for allowing us to tell this touching story without compromising on production values and for helping to give the film the global exposure it has received. Audiences abroad have taken this movie to their hearts and we look forward to having Nigerians embrace it, even as they discuss some of the issues it raises about the human condition.”

Some of the film industry’s leading international publications have been very positive about Eyimofe. Variety (USA) said that the film is “a clear-eyed portrait of a vibrant informed by two talented native sons”; the British Film Institute’s Sight & Sound called it a “stunning feature debut” and Frieze (UK) suggested it was “an outstanding story of interwoven tales”. The Hollywood Reporter said it was “carefully observed and well-performed drama… a love-hate letter to a great and flawed city, from two talented young filmmakers”.