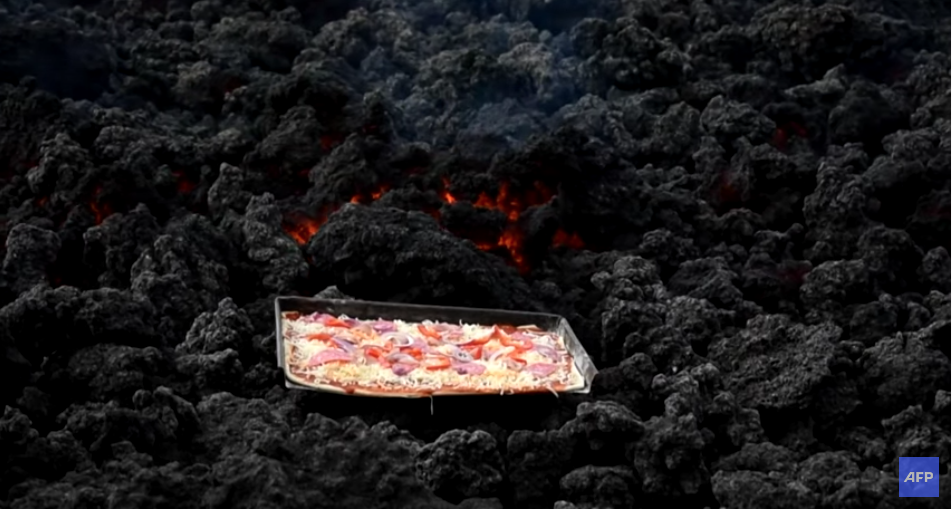 Pizzas which are usually made in wood-fired ovens are quite delicious to consume due to their thin crust, isn’t it? Moreover who doesn’t love Dominos pizza and all types of handmade pizzas that people all over the world have tried by using their culinary skills during the Covid pandemic.

Have you ever thought of cooking the dish on the heat emitted from a volcano’s molten lava?

Well, a man named David Garcia has made this turn into reality ! He has been found cooking a pizza in the hot lava that erupted from the Pacaya volcano situated at Guatemala in the Central American country. The video of the same has gone viral over the social media.

He has used special metal sheets that can stand temperatures up to 1800 F to cook the pizza. He keeps himself safe with protective gear as well. Many tourists have been flocking to get a taste of the lava pizza.

As per sources, David has been doing this since 2013. He does this in the small caves by the mountainside near the volcano. With the volcanic eruptions acting as natural oven, he has to be mindful of the temperature and control it accordingly as he makes use of the wind direction to cook the pizza.

A YouTube channel named AFP News agency has posted the video on Wednesday where you can see the pizza is being cooked in an improvised kitchen among sharp volcanic rocks on which David spreads the dough and places the ingredients on an extensive river of fiery lava.