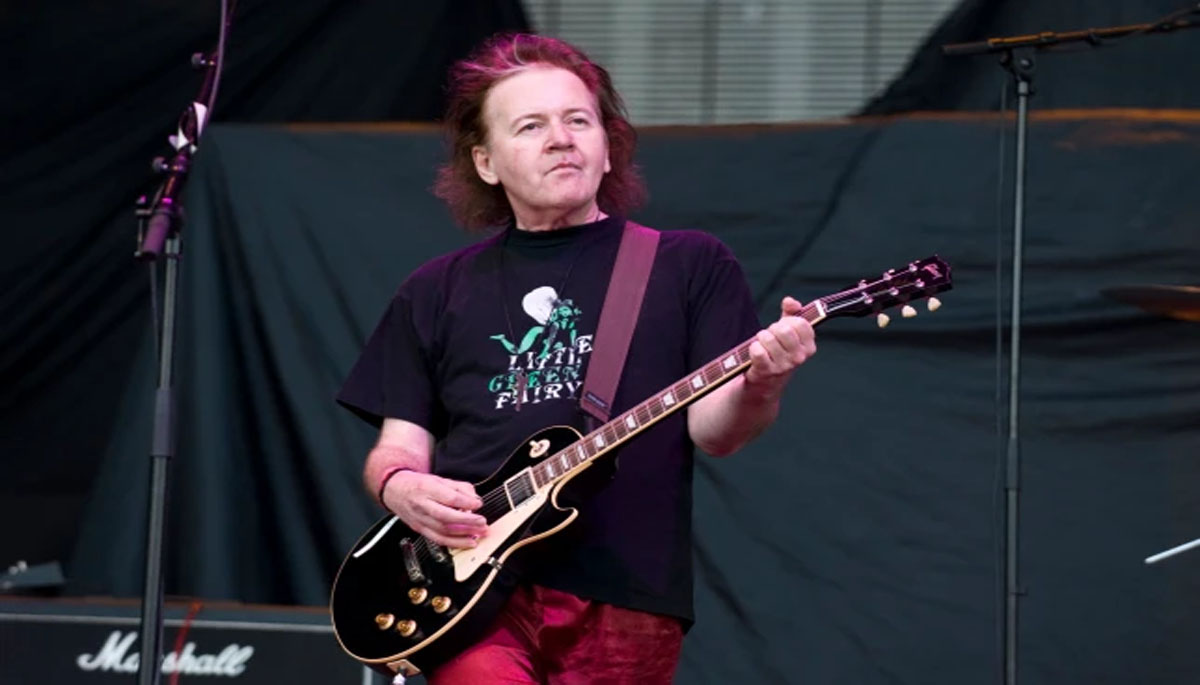 Chris Bailey, a child of Irish parents who founded seminal Australian punk band The Saints, has died aged 65. The news was revealed in a post by the band which referred to their debut song (I’m) Stranded, an anti-establishment anthem prompted by the heavy-handed policing in their city of Brisbane in the 1970s.

‘It is with great pain in our hearts that we have to inform you about the passing of Chris Bailey, singer and songwriter of The Saints, on April the 9th 2022,’ the band posted. ‘Chris lived a life of poetry and music and stranded on a Saturday night.’ The post on the band’s Facebook page was signed ‘Family and friends’.

Bailey was born to Irish parents in Nanyuki, Kenya, in 1957 and grew up in Belfast until the age of seven when his family emigrated to Australia. They settled in Brisbane, which was where Bailey met guitarist Ed Kuepper and drummer Ivor Hay in high school and the trio formed The Saints in 1973.

The single of (I’m) Stranded was released three years later, making the band the first punk group outside of the US to release a record. It was followed in 1977 by the album of the same name which saw the The Saints relocate to London. Other record releases included Prodigal Son, Eternally Yours, Prehistoric Sounds and All Fools Day.

Alasdair Ward joined them on bass but the band’s progress suffered after they fell out with their label EMI while in the UK capital. Kuepper and Hay left the band in 1979, though the latter rejoined Bailey in The Saints in London for a time while Ward eventually departed to join The Damned.

Bailey continued to release albums as The Saints until 2012’s King of the Sun and toured under the band’s name. He also maintained a significant solo output with seven separate LPs and collaborated frequently including with Nick Cave and Concrete Blonde’s Johnette Napolitano.

reminisced about their meeting in dentention aged 14 as he said he ‘couldn’t have hoped for a better singer’. ‘Very sad to confirm the news about Chris Bailey dying on the weekend,’ he tweeted. ‘Chris and I met when we were about 14 during detention at Oxley High School and became close friends which later developed into what I always thought was an extremely strong artistic partnership.

‘I couldn’t have hoped for a better singer. My deepest condolences to his wife Elisabet, his sisters Margaret, Carol and Maureen and the rest of his family and loved ones.’ Australian singer-songwriter Jimmy Barnes also paid tribute to Bailey on Twitter, heralding him as ‘one of the greatest songwriters this country produced’. ‘His band The Saints were punks before punk. He was a master of words and helped tell our story,’ he added.