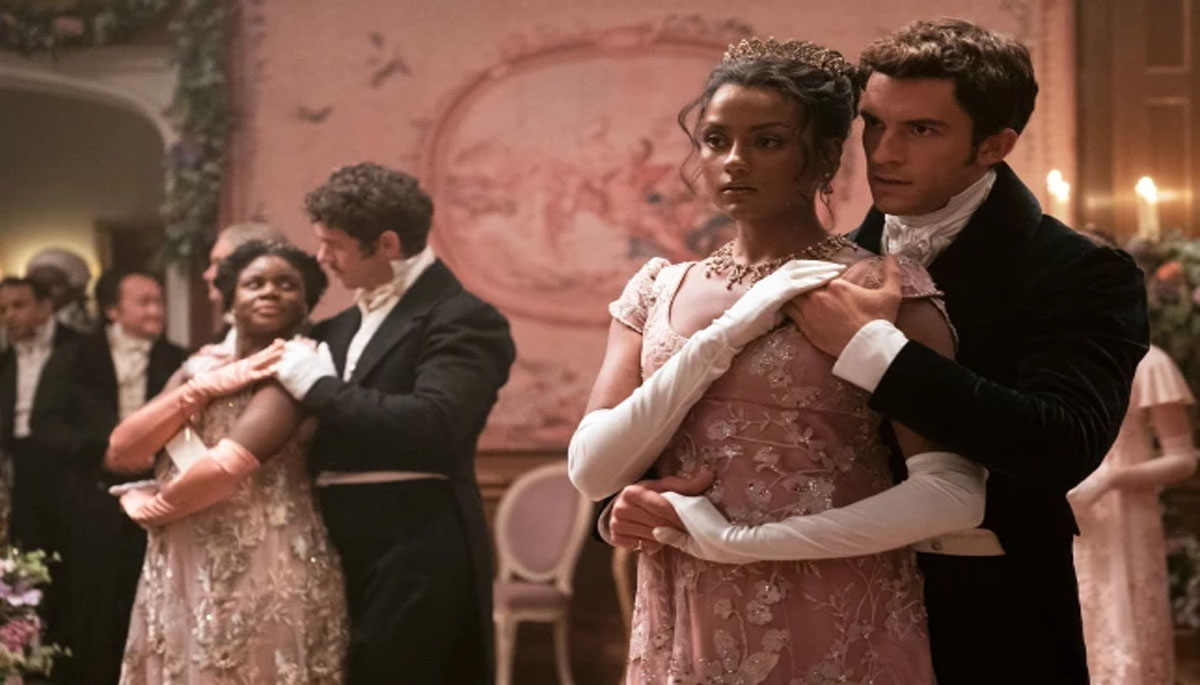 The raunchy period drama, based on Julia Quinn’s collection of romance novels, gained immense popularity over season one, in part for its signature sex scenes. However, the romance between Anthony Bridgerton (Jonathan Bailey) and Kate won’t be as steamy scenes the lustful couple Daphne Bridgerton (Phoebe Dynevor) and The Duke of Hastings (Regé-Jean Page) in season one.

Speaking at a Bridgerton press conference ahead of season two, creator Chris Van Dusen explained: ‘We’ve never done a sex scene for the sake of doing a sex scene and I don’t think we ever will.

‘It all serves a larger purpose and it’s a different story this season. ‘Different characters, where we’re with Anthony and Kate most of the season and that’s very different from Daphne and Simon.’ Simone also defended the minimal use of intimate scenes. She said: ‘They aren’t performative sex scenes or intimate scenes, they have a meaning behind them and I think they’re very earnt when the fireworks happen.’

Bridgerton became the most-watched show on Netflix when it was released on Christmas Day 2020, thanks to its often racy and risque scenes between the show’s original protagonists Daphne and The Duke.

Jonathan added: ‘I think Kate and Anthony feel explicit in the way that they feel naked in front of each other. And it’s a very cerebral way of exploring that sort of innate sexuality.

‘And I think it bodes very well for the following seasons to just not be expected for it to just be about the sex.’ Jonathan provided his own share of lusty scenes back in the first season, as he bared his butt in the very first episode in an outdoor sex-scene with Siena Rosso (Sabrina Bartlett).

And while fans may not get the same view this time around, they have been promised Anthony having a little Mr Darcy moment. Speaking of the sex scenes that will be featuring this season, Jonathan spoke to Radio Times earlier this month, teasing about the challenges that come with filming those intimate moments.

‘Well, if there are two people doing a sex scene, the rule is they must have three barriers separating them and there are certain acts where a half-inflated netball can allow for movement without having to connect physically. ‘It’s pretty silly really and we have some hilarious moments, but it makes it less awkward.’