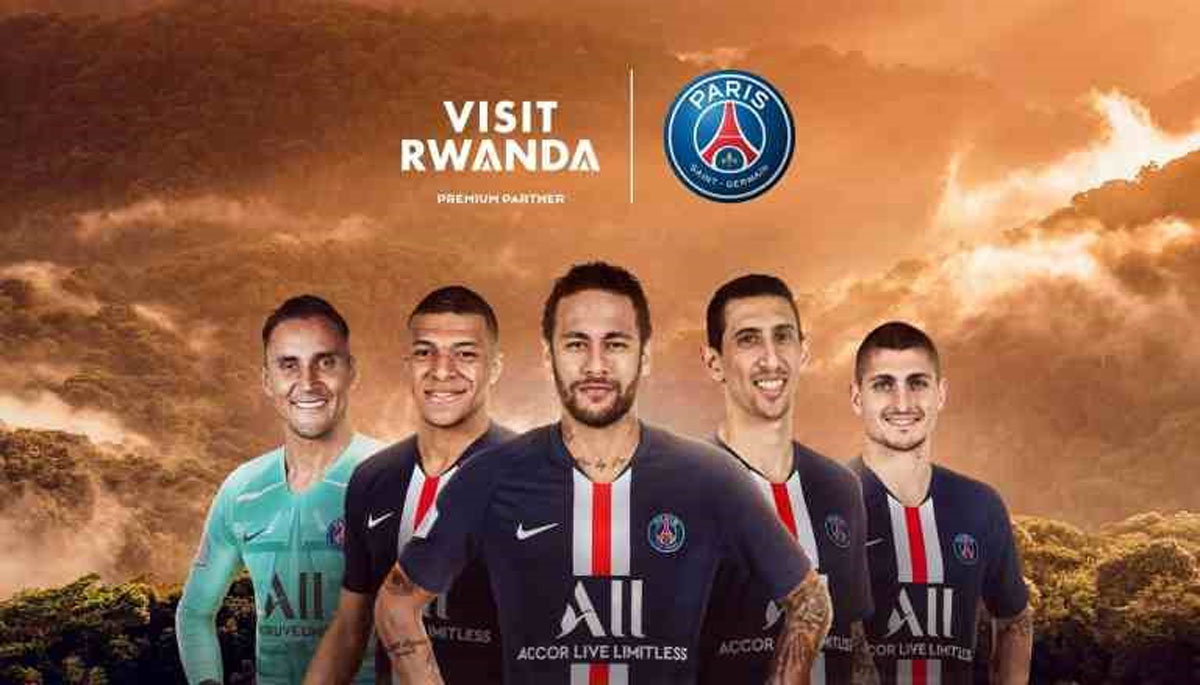 Their visit is arranged through the Paris Saint-Germain football club’s current partnership deal with Visit Rwanda. It’s the first visit by Paris Saint-Germain football club or PSG players since Rwanda and the French-based Football giant signed a three year sponsorship deal in 2019. The visit was announced in a highly awaited visit to Rwanda by Ramos, in a video posted by the PSG.

In the video, Ramos exhibited the Visit Rwanda log at the back of his training kit and confirmed that he and his colleagues are visiting Rwanda. “I am going to pack my bag because I am going to the Volcanoes Park.Because I want to meet the baby gorillas…,” Ramos said. Draxler and Navas said they are looking forward to getting to “know Rwandan culture and see the gorillas.”

Showing excitement in a video, Draxler added that the visit will be something he was looking forward to. “Honestly, I can’t wait to go there with the team to explore the Big Five,” Draxler added. In December 2019, the team of the Ligue 1 in French capital Parisian city signed a deal to promote Rwanda’s tourism and investment.

Mentioning Visit Rwanda is currently available across the stadium contours during all the games for the club, and this also include promotion of Rwanda Tea, gorillas, among others. In a related development, the Arsenal, the UK Premier League signed another deal ‘Visit Rwanda’ with Rwanda, in 2017 and Rwandan officials said that the country is getting return on investment.