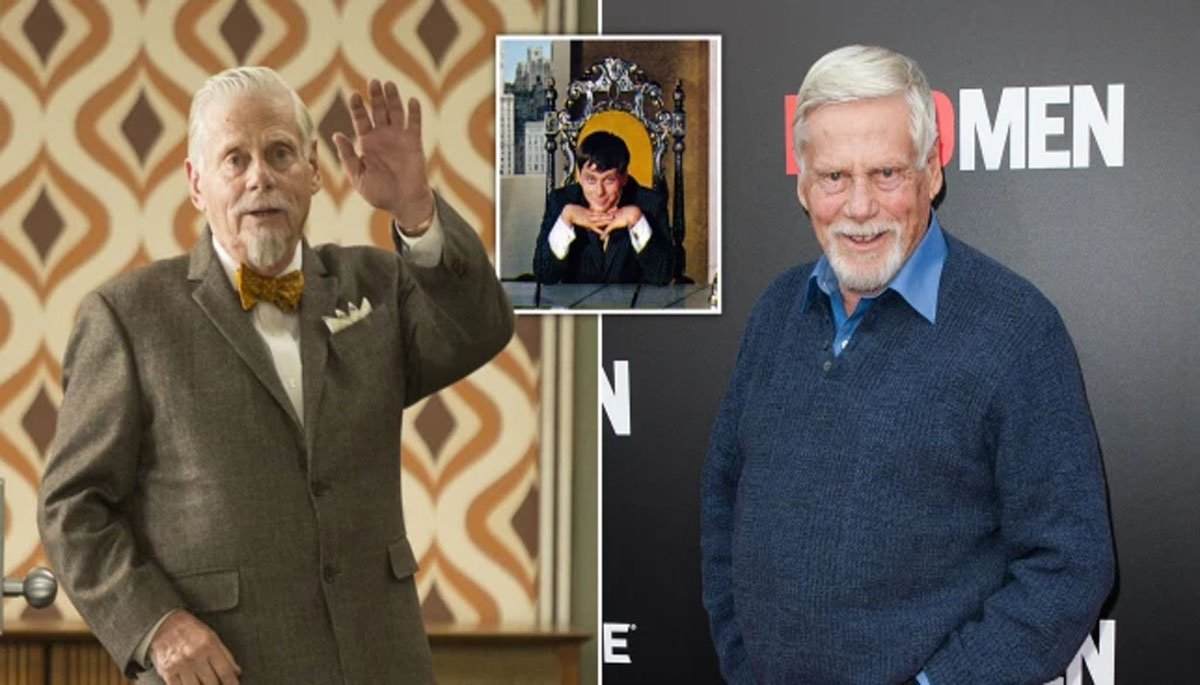 Robert Morse has died at the age of 90, it has been confirmed. The actor, who was best known for starring in hit TV series Mad Men, died on Wednesday, his son has revealed.

Leading tributes to the beloved star, Larry Karaszewski, from the board of the Academy of Motion Picture Arts and Sciences, said: ‘My good pal Bobby Morse has passed away at age 90. ‘A huge talent and a beautiful spirit. Sending love to his son Charlie & daughter Allyn.

‘Had so much fun hanging with Bobby over the years – filming People v OJ & hosting so many screenings (How To Succeed, Loved One, That’s Life).’ In recent years, Morse famously starred as Bert Cooper in seven seasons of AMC period drama Mad Men. He received an impressive five Emmy nominations for his performance in the Matthew Weiner series, which came to an end in 2015.

He is also a two-time Tony award-winner, scooping best actor in a musical for his appearance in How To Succeed In Business Without Really Trying in 1962, and again in 1990 for best actor in a play following his turn in Tru, in which he starred as American playwright Truman Capote.

The actor also won an Emmy for Tru, claiming Outstanding Lead Actor in a Limited Series or Movie in 1993. Morse’s work as J Pierrepont Finch, a New York window washer who becomes chairman of the board of the World Wide Wicket Co., in How To Succeed propelled him to fame, with the musical based on Shepherd Mead’s best-selling book.

The stage production debuted in October 1961 and ran for more than 1,400 performances until March 1965. Including Morse’s awards, the show won seven Tonys as well as the 1962 Pulitzer Prize for drama. He reprised the role of Finch for the 1967 film adaptation of How to Succeed.

Incredibly, Morse is one of only four actors to win the top acting Tonys for play and musical, alongside Rex Harrison, Christopher Plummer and Zero Mostel. Most recently, Morse appeared in American Crime Story: The People v. O.J. Simpson in the role of journalist Dominick Dunne.

Reflecting on the coincidental parrallels between his two most famous works, Morse once told Rolling Stone: ‘It was very odd because the first day I went on the set [of Mad Men], I thought I’d walked into the road company production of How to Succeed: There were secretaries and desks everywhere, there were vintage phones all over the place, everyone was done up like it was 1960.’

Morse was married to actress and dancer Carole D’Andrea for 20 years, before marrying Elizabeth Roberts, who was more than 30 years his junior, in 1989.