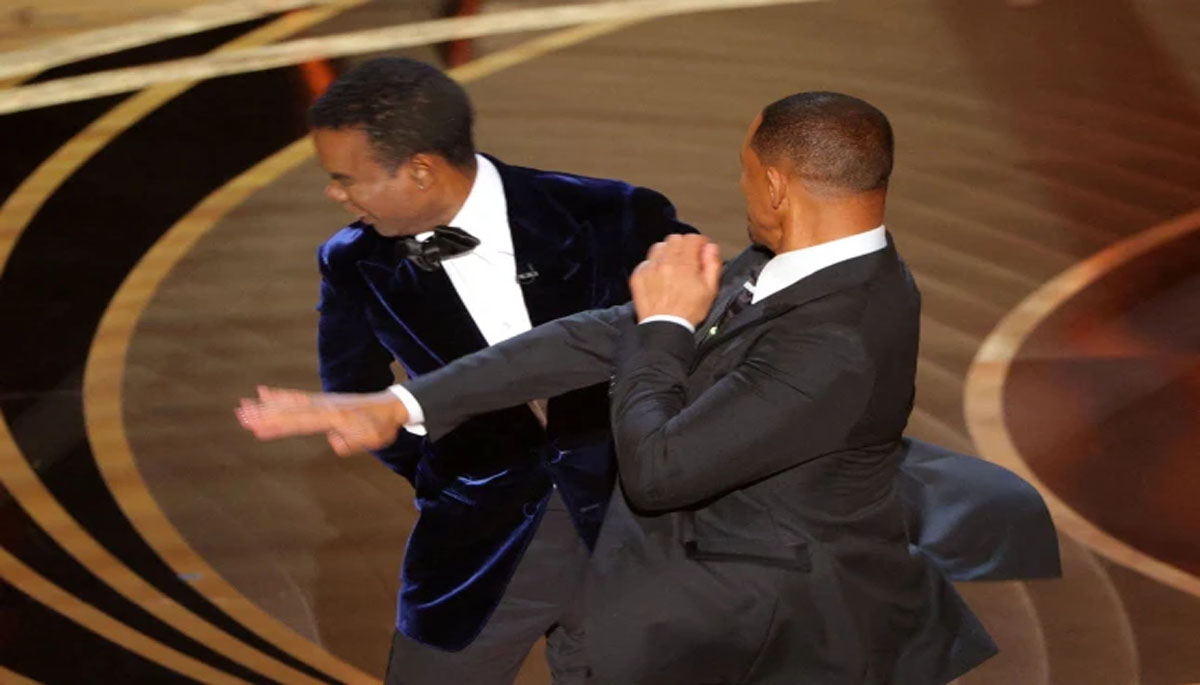 Jokes about Will Smith slapping Chris Rock arose during Sunday night’s Grammy Awards, a full week after the stunning Oscars moment. Host Trevor Noah vowed to “keep people’s names out of our mouth,” alluding to Smith’s shouts at Rock at the Oscars.

Questlove, who won both an Oscar and a Grammy for his documentary “Summer of Soul (… Or, When the Revolution Could Not Be Televised),” joked about the slap as he presented the award for song of the year. He won the Oscar for best documentary feature moments after Smith slapped Rock.

“All right, I am going to present this award, and I trust that you people will stay 500 feet away from me. As they say it is far better to give than to receive,” he said. “Well, I’m not so sure about that, because last Sunday it felt pretty good to receive.”

Smith, who won best actor for his role in “King Richard,” later resigned from the Academy of Motion Picture Arts and Sciences. He faces disciplinary action and possible expulsion for the outburst.