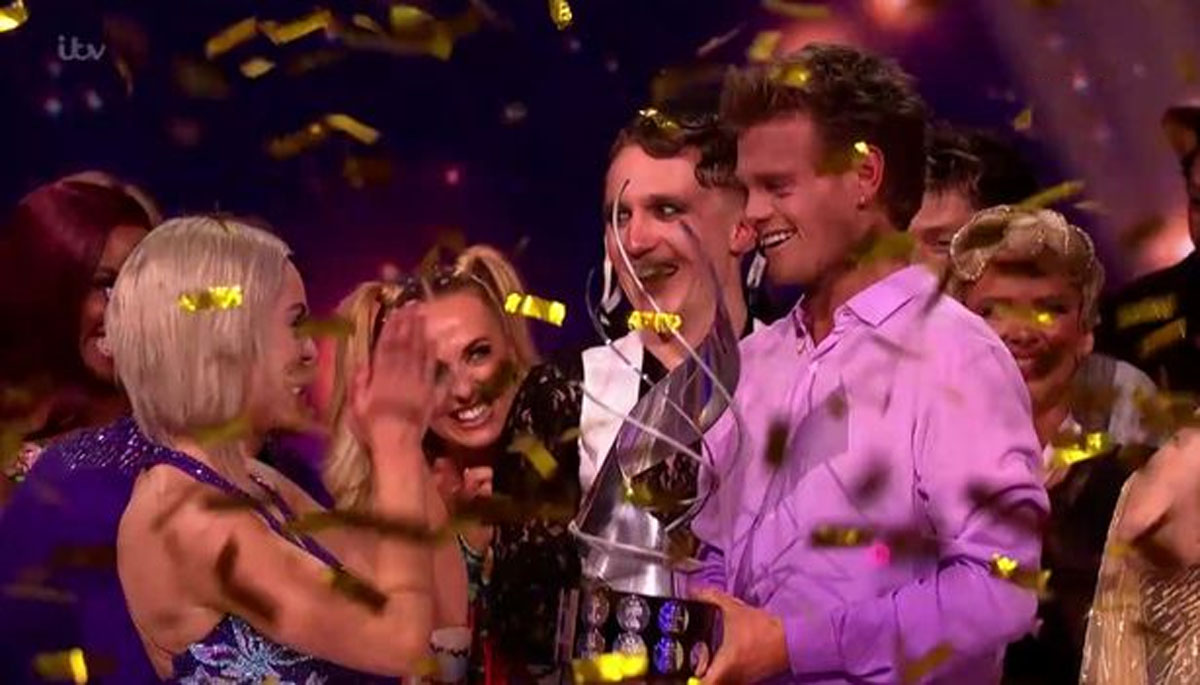 The dancer triumphed over Brendan Cole and Kimberly Wyatt – who placed third – in a closely fought final, which saw all the three remaining celebrities receive multiple perfect scores of 40 out of 40.

The show’s judges – Jayne Torvill, Christopher Dean, Oti Mabuse and Ashley Banjo – offered their verdicts on the remaining three, but it was up to the viewers at home to pick their eventual winner. Speaking after their win was announced, Regan was mainly speechless but was able to admit he couldn’t believe he’d won.

Phillip Schofield and Holly Willoughby – the latter of who was missing for the semi-final after a positive Covid test – hosted proceedings, as the three remaining dancers performed incredible skates with the final two dancing to Torvill and Dean’s Bolero.

They both impressed with their performances of the iconic routine and there was a lot of tricks throughout the other routines, which included stunning lifts, beautiful transitions and two amazing Bolero attempts.

The three being in the final caused some controversy, as they all had professional dancing backgrounds. Regan is a trained dancer, Brendan appeared on Strictly Come Dancing as a professional for several years and Kimberly is best known for being part of the Pussycat Dolls. However, all three have denied it is a ‘fix’ that they’re all there instead of any other skaters.

“If we were all the same, would that not make for a really dull show?” Brendan said as he defended fix claims, “It just so happened that the three of us have got dance experience and we are all now pushing each other to do the most incredible television.”

Whilst Kimberley added: “You’re never going to convince everybody that you deserve to be there or don’t deserve to be there. Ultimately, we’ve all gone out there and done our best to create the best series ever and I think we are going into what could be the best final ever – because of the three of us. I’ve been really grateful for my dance background.”

Regan insisted the trio had “all started from nothing to get here” despite their dancing background, as he says it is a completely different type of movement compared to that on a normal dancefloor.