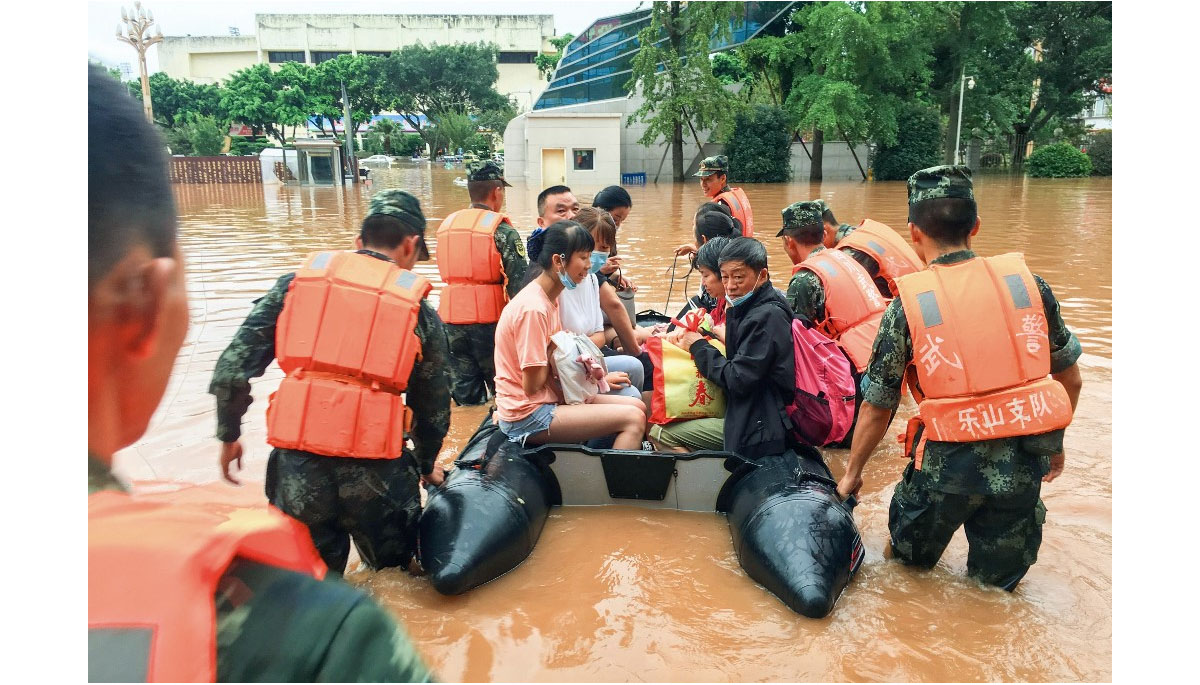 With unrelating rainstorms continuing to lash southern and eastern regions, roads have collapsed and floodwater has swept away properties, cars and crops. State media said some 85 rivers nationwide have ‘experienced floods above the warning level’, with more torrential rain expected.

Videos show vehicles trapped in high waters and rescue teams in dinghies helping residents out of their houses. The manufacturing hub of Guangdong, in south-east China, has suspended classes, office work and public transport amid rising waters and the threat of landslides.

According to state media, heavy rainfall has damaged 27.13 hectares of crops and collapsed 1,729 houses. ‘The water came very fast, and I believe many have not prepared food stuff in their homes,’ said a user on China’s Twitter-like microblog Weibo.

In the neighbouring province of Jiangxi, half a million people have seen extensive damage to their homes. Roughly the same number have been affected in GuangdongAuthorities issued 2022’s first red alert – the most severe warning – for possible mountain torrents on Sunday.

While the country regularly experiences rainstorms during the summer months, this year floodwater levels are the highest in decades. More than 2,000 people died and almost three million homes were destroyed, mostly along the Yangtze, China’s mightiest river, in 1998 when some of the worst floods hit Chin.