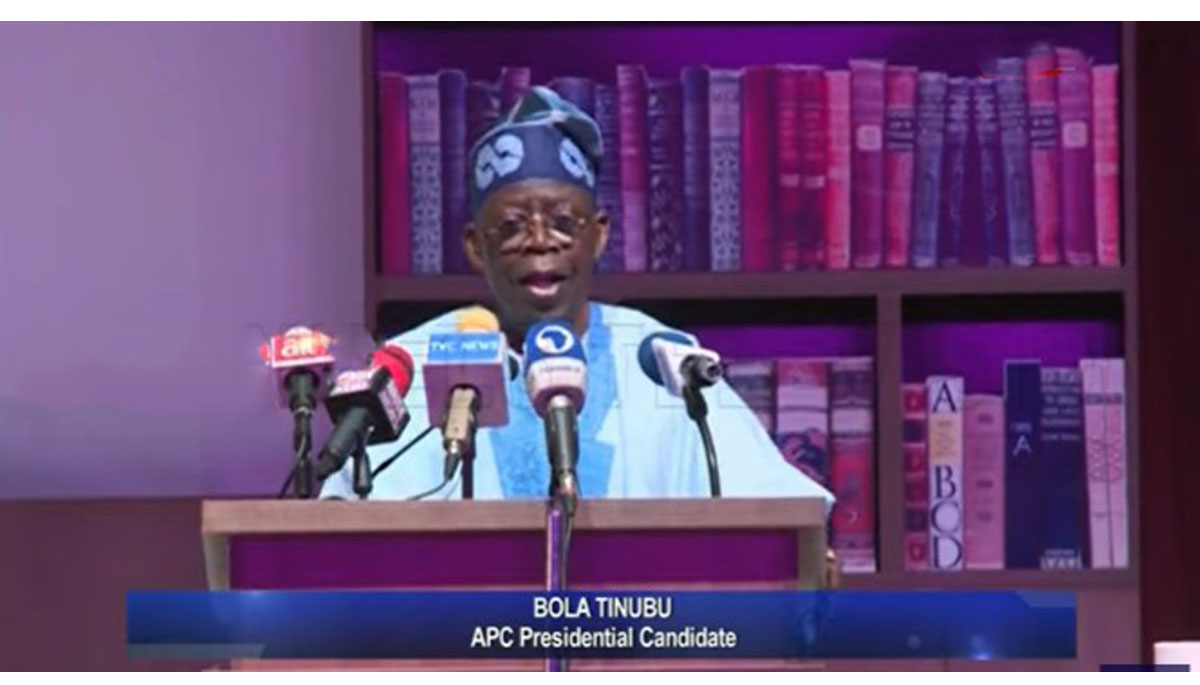 Ahead of the 2023 general election, the presidential candidate of the All Progressives Congress (APC), Bola Tinubu, on Sunday said he is still searching for his running mate.

He stated this in Abuja while delivering his keynote address at the 60th birthday celebration of the Speaker of the House of Representatives, Hon Femi Gbajabiamila. The ex-Lagos Governor also heaped praises on the Speaker for his contributions to his political ambition of becoming Nigeria’s President and democracy,.

While extolling the virtues of his Deputy, Hon Idris Wase, for being a dependable ally. “I could see a Deputy (Wase) sitting down there too, you are very good symbols of unity, dependability, and honesty, thank you. Thank you for both of you, you’ve not rocked the boat.

I will need to learn from both of you, how you made the pair work because I’m still searching for my running mate,” Tinubu said. “What you did during my primary (APC presidential election) is a story for another day. I’ve spent more time, too many times and people might be bored, they might be envious too, they might be jealous. I won a landslide, I thank you.

“Femi, with your determination, and reach, you are a contributor to our democratic growth, thank you. It is about charting a path to success, you’ve done a good job and I say thank you, thank you.”

Also speaking, President Muhammadu Buhari described Gbajabiamila as a team player and a skillful parliamentarian. Buhari, who was represented by his Chief of Staff, Prof Ibrahim Gambari, said the Speaker is one who looks beyond differences for the benefit of all.

“For him what matters is not so much the party differences but what unites Nigerians and that is why he is a passionate advocate for a peaceful democracy and unity of Nigeria. And no amount of parliamentary maneuvers or differences between parties would deviate him from this,” he said.

“He introduced the term legislative diplomacy. When there were issues between Nigerian and Ghanaian traders, he went to Accra and met with his colleagues and tried to resolve the issue.

“Mr President is very proud of the fact that he did not need to interfere in how the National Assembly runs because he had trust in the capacity in the leadership of the Senate and House of Representatives and therefore he feels that with capable hands in both chambers of the NASS there is no need to interfere.

“It is also a fact that under the Speaker and leader of the Senate, there is no automatic opposition and antagonism to the executive. The role of the legislature is not to be antagonistic as a matter of routine, but to be partners for good governance for the people of Nigeria. They are working together to make Nigeria better.”