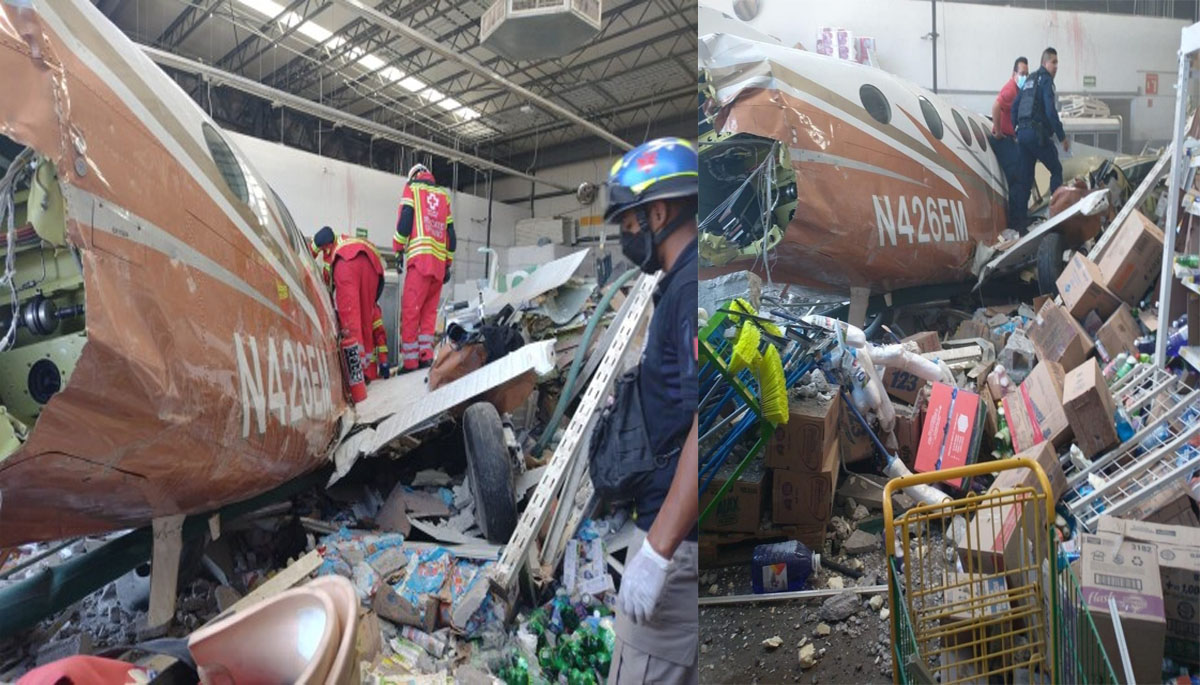 Three people have been killed after a small plane crashed into a supermarket in Mexico, reports say. At least three people were also injured in the tragedy, local media outlet Excelsior reports.

Pictures show the wreckage of the aircraft in the neighbourhood of Azteca, Temixco. There were fears of an explosion but the Federal Civil Protection has assured the public there is no danger.

Witnesses told Diario de Morelos they saw the plane having trouble staying in the air, saying the pilot ‘couldn’t control it’. The aircraft is thought to be a BE9L that had left from the port of Acapulco and was destined for the State of Puebla.

Smoke was coming out of one of the engines before it crashed, onlookers said. Paramedics, the fire service and police were all at the scene following the devastating incident at around 1.15pm (8.15pm UK time) on Monday. Two of those injured were reportedly taken to nearby hospitals. Others went home after being treated at the site.