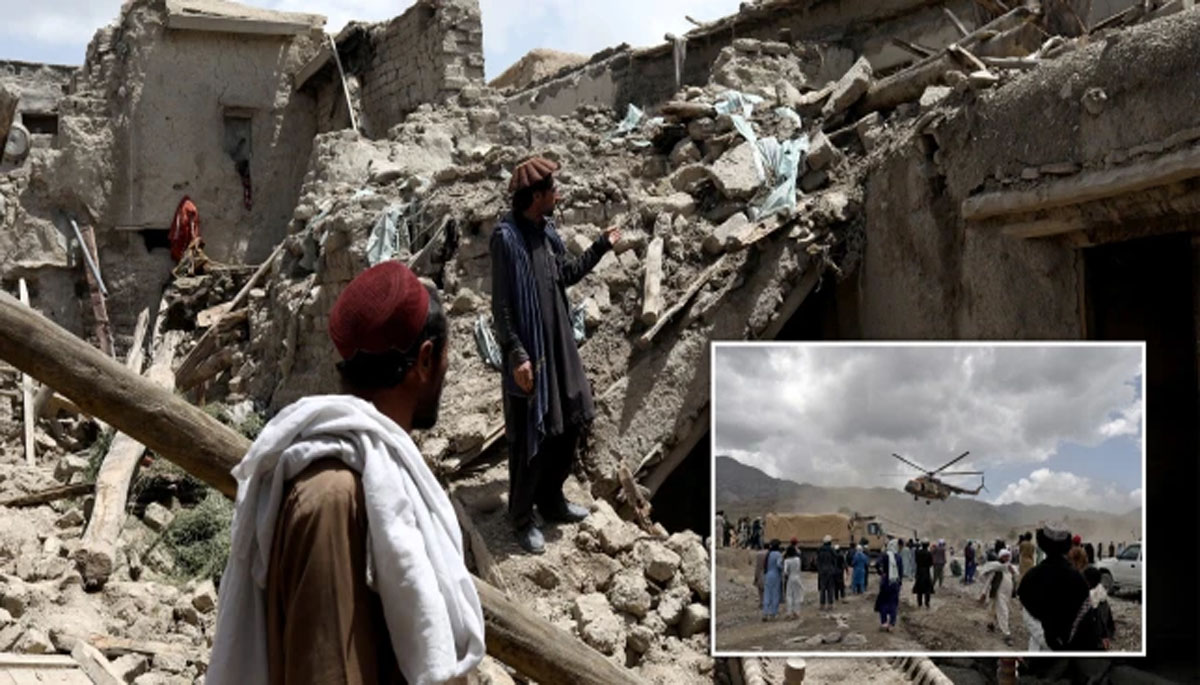 The Taliban, shunned by much of the world since taking over the country, have struggled to help victims of Wednesday’s 6.1 magnitude quake in Paktika province after a cut-off of international funds.

Men in one village were yesterday seen digging a line of graves, as the dead were laid out in courtyards. Survivors said whole families were buried under rubble.

Afghanistan’s deadliest quake in two decades, which also injured an estimated 1,500 people, has heaped more misery on  a country where millions already faced increasing poverty and hunger. ‘They don’t have anything to eat,’ said a reporter for the state-run Bakhtar news. ‘Their houses are destroyed. Please help them, don’t leave them alone.’

One survivor, named Hakimullah, said: ‘We ask from the Islamic Emirate and the whole country to come forward and help us. We are with nothing and have nothing, not even a tent to live in.’

Taliban spokesman Zabihullah Mujahid yesterday said two planes of humanitarian aid from Iran and another from Qatar had arrived in the country, after Pakistan sent trucks of food and necessities. In a bulletin the same day, state TV acknowledged that US president Joe Biden had offered condolences and promised aid.