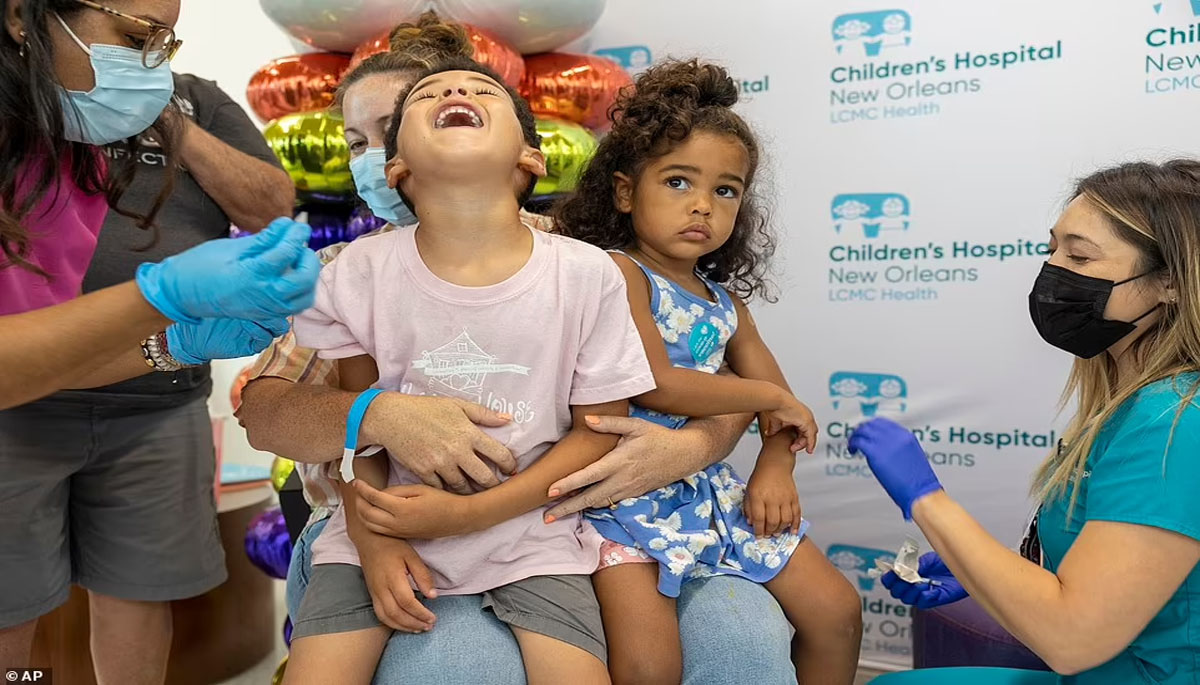 Americans children under the age of five have begun to receive the COVID-19 vaccine – with President Joe Biden exclaiming Tuesday that the nation is the only one in the world to jab children as young as six months old.

The Pfizer-BioNTech and Moderna vaccines were approved by both the Food and Drug Administration (FDA) and the Centers for Disease Control and Prevention (CDC) for children between six months and four years old last week, and their administration into children began this week.

According to the Department of Health and Human Services, 2.7 million shots have been delivered to vaccine providers around the U.S., with up to ten million doses to be delivered as part of this first batch.

President Joe Biden, who has long been a proponent of expanding America’s COVID-19 vaccine eligibility, remarked Tuesday that America was the only country in the world vaccinating children as young as six months. It comes as Covid cases in the U.S. remain steady at around 100,000 per day, and deaths remain in the 300 per day area.

‘We’re the only country in the world doing this right now,’ Biden said at a vaccination clinic in Washington D.C. on Tuesday, while taking pictures with some in attendence. ‘This is a great day for you all. Thanks for the example you are setting.’ Uptake for these shots may be limited, though, especially during the early stages of their rollout.

Polling for the Kaiser Family Foundation found that only about one in five parents of children under age five (18 percent) are eager to get their child vaccinated right away, while a larger share (38 percent) say they plan to wait a while to see how the vaccine is working for others.

There was also limited demand for the shots last time the FDA made them eligible for a younger age group, children aged five to 11.

According to official CDC data, only 30 percent of Americans in the age group are fully vaccinated, half of the 60 percent between ages 12 to 17. Minors in general have low vaccination rates, with the youngest adults having vaccine uptake of around 80 percent.

Former FDA Chief Scott Gottlieb, who now serves as a board member at Pfizer, said over the weekend that he predicts demand for the jabs to be low at first. ‘I think it’s going to be a little bit more of a slow rollout relative to what we’ve seen in past rollouts with the other age groups,’ he told CBS’ Face the Nation.

‘There are going to be pharmacies that are vaccinating children. CVS is going to move it into their pharmacies, but they’re only moving in to the pharmacies with advanced care providers with their MinuteClinics.

‘Maybe around children’s hospitals, you’ll see some clinics stood up, but most people are probably going to get vaccinated in their pediatricians’ offices, and it’s going to take a little bit more time to get the vaccine into those local settings because it’s more difficult to vaccinate a child who is very young.’

Dr Ashish Jha, the White House’s Covid response coordinator, agrees that it will be slow at first, but hopes that uptake will eventually grow as parents are informed by their doctor. ‘We expect confidence in these vaccines to build over time in these populations,’ he said on CBS mornings on Monday.

‘What we have encouraged parents to do is talk to their family physician talk to their pediatrician, you know the people who take care of their kid and have that conversation. I think over time we are going to see a majority of parents ending up getting their children protected with these vaccines.’