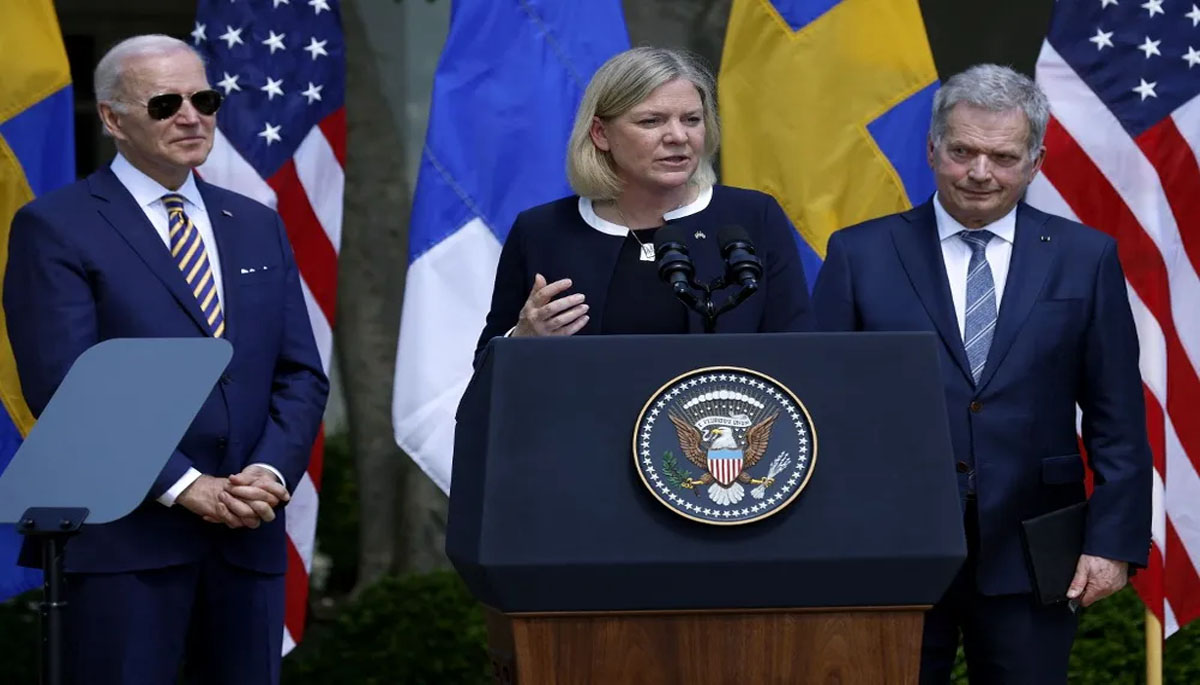 US President Joe Biden on Thursday strongly backed NATO membership bids by Finland and Sweden in the face of Russia’s invasion of Ukraine. The two Nordic leaders promised to address concerns raised by Turkey in statements following a White House meeting.

Biden welcomed Swedish Prime Minister Magdalena Andersson and Finnish President Sauli Niinisto days after they formally announced their NATO aspirations and said he was submitting their applications to the US Congress, where there is bipartisan support for ratification. “The bottom line is simple. Quite straightforward: Finland and Sweden make NATO stronger,” Biden said, offering the “full, total, complete backing of the United States of America.”

“Sweden and Finland have strong democratic institutions, strong militaries and strong and transparent economies, and a strong moral sense of what is right,” Biden said with the two leaders at his side in the White House Rose Garden. “They meet every NATO requirement, and then some,” Biden told assembled reporters without taking any questions. Membership requires consent of all 30 existing members and Turkey has voiced misgivings.

Turkish President Recep Tayyip Erdogan accused the two nations of backing “terrorism,” a reference to the presence in Finland and especially Sweden of Kurdish militants from the separatist PKK. Addressing Turkey, Niinisto said Finland was “open to discussing all the concerns that you may have concerning our membership in an open and tractive manner.”

“We take terrorism seriously. We condemn terrorism in all its forms and we are actively engaged in combating it,” Niinisto said. Andersson said that Sweden is hoping for a “swift ratification process by NATO members.” “We are right now having a dialogue with all NATO member countries, including Turkey, on different levels to sort out any issues at hand,” she said.