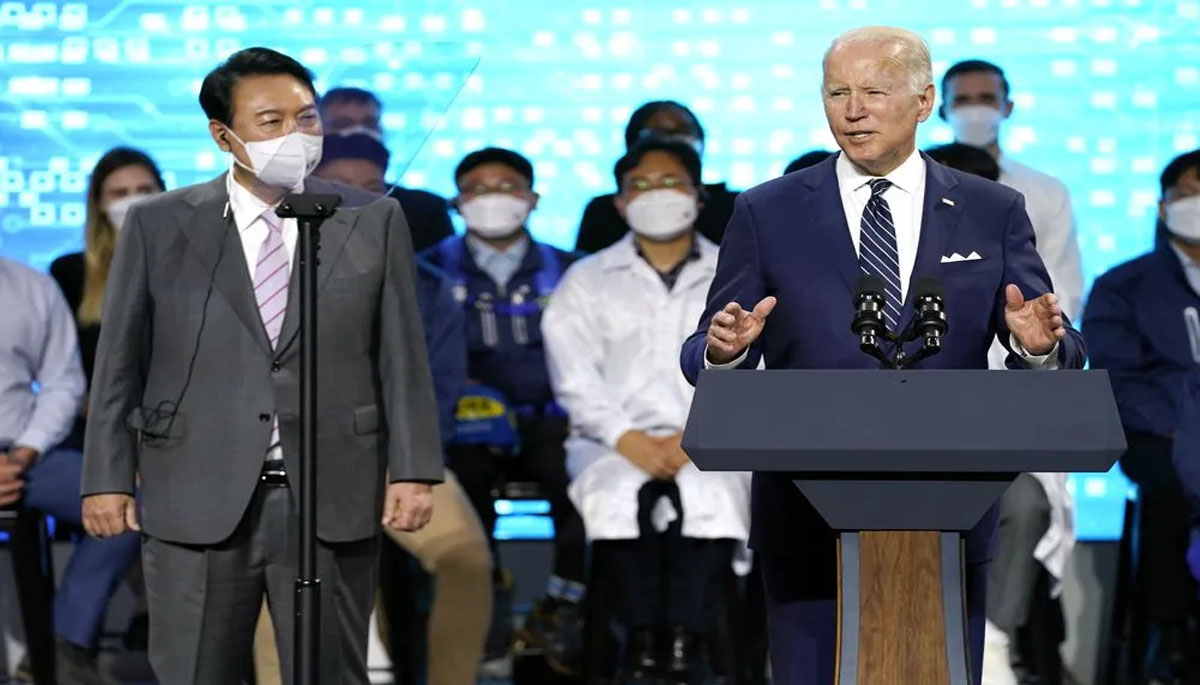 US President Joe Biden opened his trip to Asia on Friday by touring a South Korean computer chip factory, setting the agenda for a charm offensive aiming to cement economic and security ties with regional allies. Biden landed at the US military’s Osan Air Base in Pyeongtaek, south of Seoul, and immediately drove to Samsung’s nearby factory, the largest semiconductor plant in the world. There he greeted South Korean President Yoon Suk-yeol, a relative newcomer to politics, for the first time in person.

So much of the future of the world is going to be written here, in the Indo Pacific, over the next several decades,” Biden said. “This is the moment, in my view, to invest in one another to deepen our business ties, to bring our people even closer together.” South Korea and the United States need to work to “keep our supply chains resilient, reliable and secure,” Biden said.

“Putin’s brutal, unprovoked war in Ukraine has further spotlighted the need to secure our critical supply chain,” he said. “The critical component of how we’ll do that in my view is by working with close partners that do share our values, like the Republic of Korea.” The Democrat’s first visit to Asia as president came as polling released Friday by The Associated Press-NORC Center for Public Affairs Research found Biden’s U.S. approval rating at 39%, the lowest of his presidency.