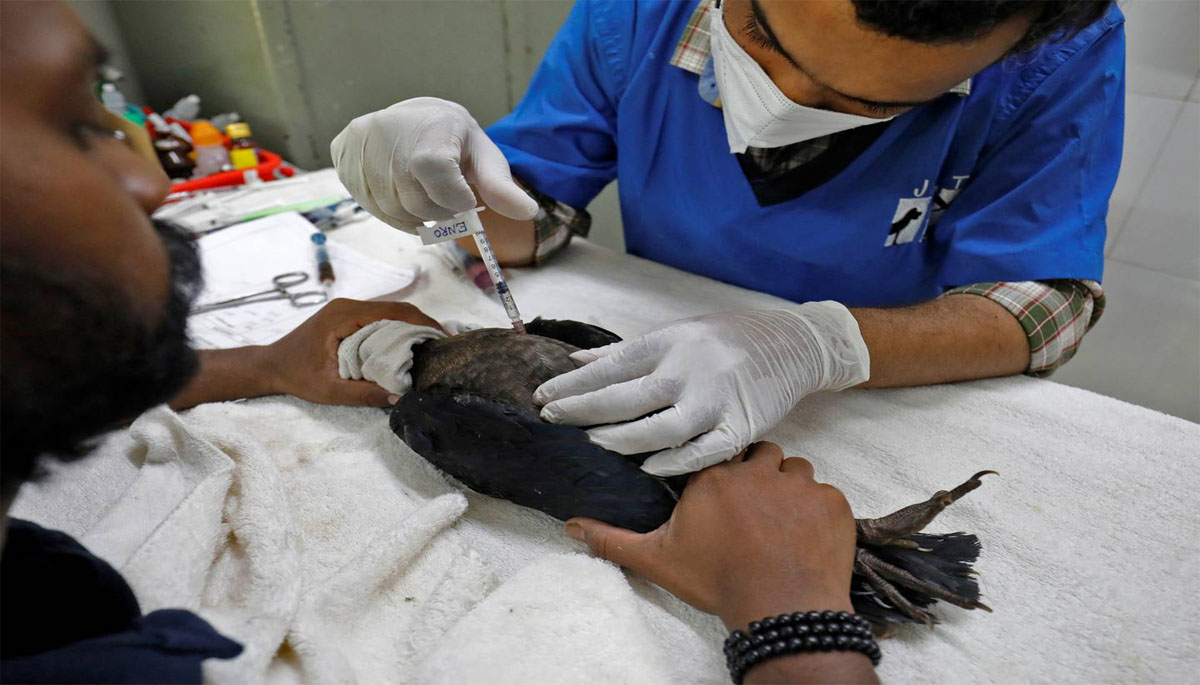 India’s unrelenting high temperatures have resulted in rising cases of birds dropping from the sky due to exhaustion and dehydration.

Animal welfare organisations in Ahmedabad, the largest city in the western state of Gujarat, have been receiving up to 75 ailing birds a day. They are treating the birds for dehydration, disorientation, fractures and other injuries after they fall from the sky.

Doctors at non-profit Jivdaya Charitable Trust said they have treated thousands of birds — including pigeons, kites, parrots and vultures — since the beginning of March, when an unprecedented heatwave gripped the northern and western parts of India.

“These are mostly juvenile birds who are trying to learn flying. They cannot fly very well and because of the extreme heat, they are dehydrated and dropping,” Khyati Kapadia, a doctor treating the birds, told The National. Birds falling from trees and the sky are a common occurrence every summer in India, but this year, these instances have increased by 30 per cent, Dr Kapadia said.

The birds are given fluid therapy, multivitamins and painkillers for other injuries and are taken care of for a week before being released. Large swathes of north-western, western and central India experienced the hottest April in 122 years as mercury levels rose several notches above the average monthly temperatures.

On Thursday, Ahmedabad sweltered in 42°C heat, a day after it experienced the second-hottest day in May in the past decade with 45.8°C. While hundreds of millions of people are at risk because of the extraordinary heat, it is also affecting birds and animals.

Vets at Jivdaya Charitable Trust, a rehabilitation centre for birds and other animals, administer a saline drip to a cat covered by a wet cloth after it was dehydrated due to searing heat in Ahmedabad, India. Reuters
In April, a farmer in Pune lost 1,000 chickens at his farm due to the extreme heat.

But Moumita Chatterjee, programme director at the non-profit, said that more than the scorching temperatures, it is a lack of natural water resources — most of which have been encroached upon or turned into human habitation and a natural nesting space for urban birds — that causes exhaustion and dehydration.

To help the birds have access to water, the trust is distributing clay pots and oral rehydration solution sachets among people in residential areas.

“Ahmedabad and 100 kilometres of the city’s vicinity don’t have many natural water sources,” Ms Chatterjee said. “Natural habitats have been destroyed and birds and animals don’t have clean drinking water.” “We are running a camp where we are distributing earthen pots. We are going to societies, schools and public places, and instructing them to keep the pots in balconies so birds get water locally.”