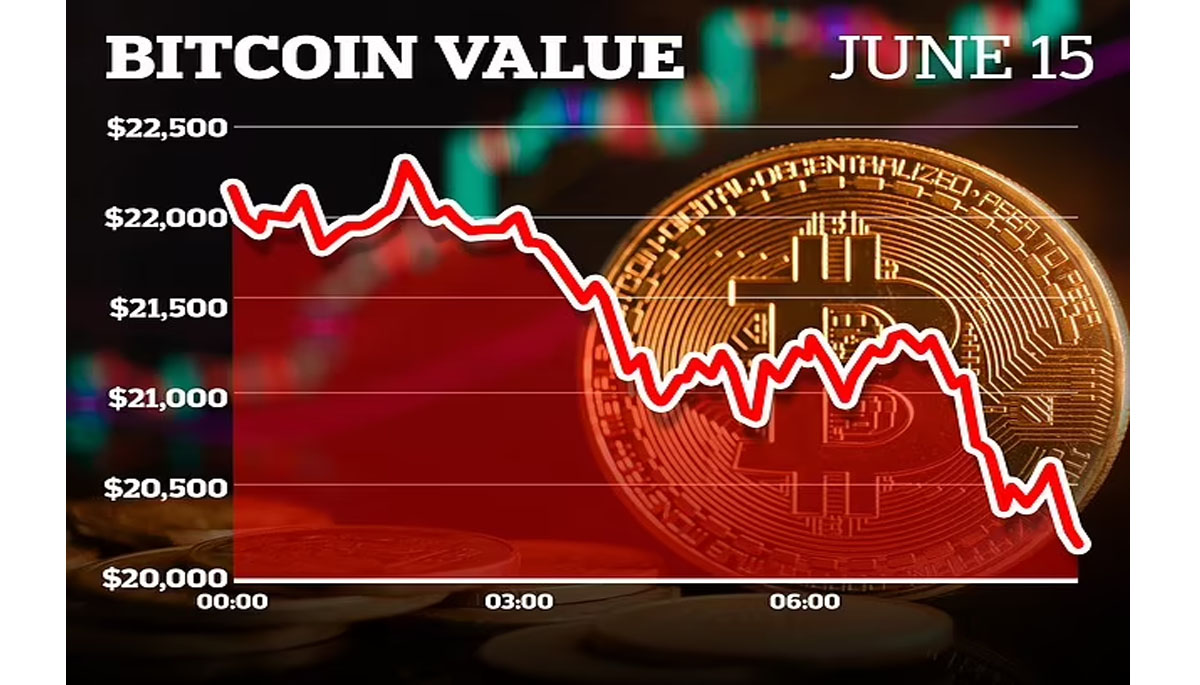 Cryptocurrencies including Bitcoin are crashing in value again in a new digital currency plunge as spooked traders frantically sell off assets before the US Federal Reserve is expected to raise interest rates today. Bitcoin fell this morning to a new 18-month low as the recent tumble in crypto markets showed no sign of letting up.

Smaller cryptocurrencies, which tend to move in tandem with bitcoin, also fell. Ether, the second largest token, has tumbled more than 15% to $1,017 this morning then similarly bounced slightly to $1,066.

Meanwhile, US stocks also fell amid as expectations of sharper US Federal Reserve interest rate hikes as inflation soars heaped pressure on risky assets and rattled global markets. Today is the latest in a series of crashes for Bitcoin, which has seen it drop more than 60 per cent in value over the last seven months and wiped hundreds of billions of dollars off the entire cryptocurrency market this week.

Cryptocurrencies have been hit hard after US crypto lender Celsius froze withdrawals and transfers between accounts, stoking fears of wider fall-out in digital asset markets already shaken by the demise of the terraUSD and luna tokens last month.

The company’s own digital currency, known by its CEL ticker, plunged 55 per cent in the wake of the suspension as investors feared it could be on the brink of insolvency. The meltdown has left millions nursing heavy losses.