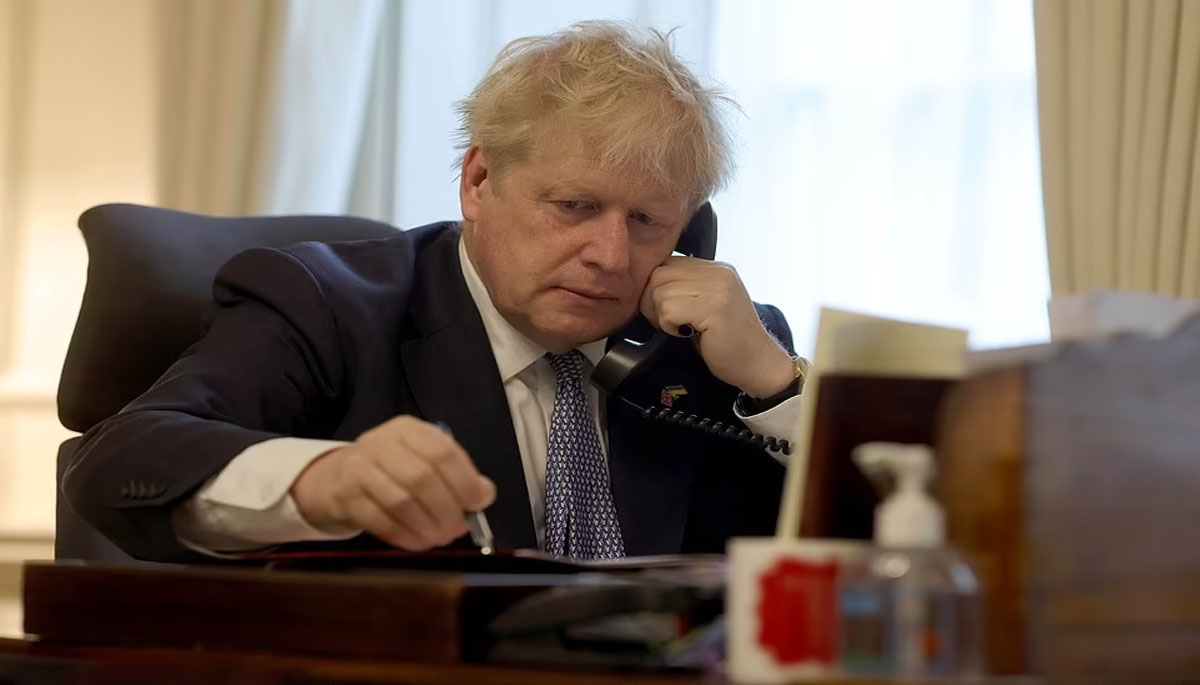 Boris Johnson warned that ‘fratricide’ will gift Keir Starmer the keys to No10 as he made a last-ditch plea ahead of a crunch confidence vote tonight. The PM begged his troops to recognise ‘now is not the moment’ for a coup, after he suffered a series of huge blows – including his own anti-corruption tsar quitting and rival Jeremy Hunt joining the coup bid.

Backbench chief Graham Brady confirmed this morning that at least 54 MPs have asked for a full ballot, which will now happen between 6pm and 8pm – with the results at 9pm. Mr Johnson made a final plea at a meeting of the parliamentary party, telling them he is the only option with a ‘credible plan’ for how to move forward. ‘I’ve yet to see a credible plan from anyone else,’ he said.

In a 26-minute appearance during which he faced some questions, he premier insisted Conservatives should not waste time on ‘a pointless fratricidal debate about the future of the party’. The challenge raises the possibility that Mr Johnson’s tenure could come to a crashing end less than three years after he won a stunning 80-strong Commons majority.

However, if half of the 359 eligible MPs back him in the secret vote in theory he is safe for a year – with some insurgents fearing they have moved too early ahead of key by-elections later this month. Cabinet ministers have been insisting that a single vote is enough, but there are fears he will be doomed if he cannot get backing from two-thirds of the parliamentary party.

Tory enforcers are already gearing up to threaten and cajole the rank-and-file, with chief whip Chris Heaton-Harris sending out a round-robin message to MPs offering to do proxy votes on their behalf. Politicians have also been warned by Sir Graham that their ballots will be void if they take photographs of papers – in an effort to prevent pressure tactics.