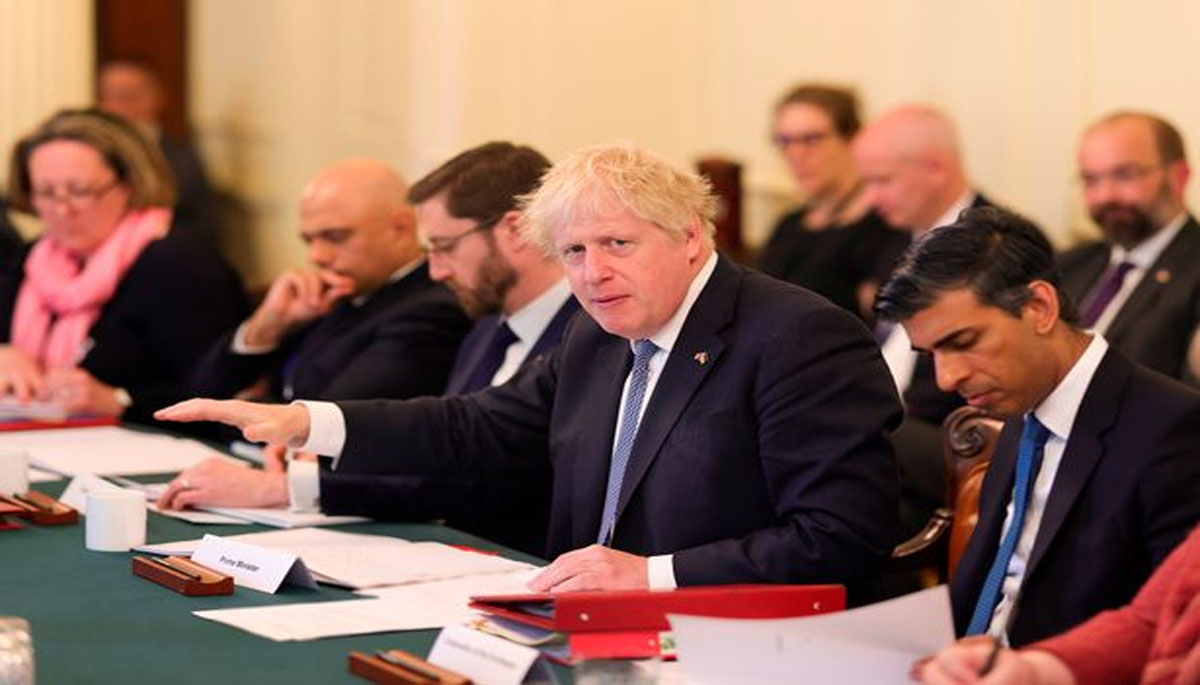 Boris Johnson will speak to his Cabinet today after last night he narrowly survived a confidence vote that saw swathes of his own party turn out against him. A majority of Tory backbenchers said they had no confidence in his leadership but Mr Johnson clung onto power with 211 votes in favour and 148 against.

No10 announced this morning that the embattled PM will host a Cabinet today as he attempts to pull his party back together. In it, he will: “set out his vision for the coming weeks, which will see government deliver new policy commitments that will continue to make a real difference to people’s lives.”

This comes after yesterday, around 41 per cent of Johnson’s own party voted for him to go in the confidence vote. The secret ballot saw him turn out a result worse than Theresa May did in 2019. The humiliated PM was nearly booted from No10 after months of party gate allegations that saw him become the first ever sitting PM to break the law.

Even after surviving the vote, Johnson’s position is far from secure after a number of MPs publicly turned against him. One of the most high profile attacks, was former health secretary Jeremy Hunt who broke cover during the day to say he was voting against the PM.

And he was far from alone, with a significant number of other Tory MPs publicly declaring against the man who delivered them a landslide election victory 907 days ago. Conservative MP Andrew Bridgen has said this morning that Boris Johnson should “now leave with honour”.

The North West Leicestershire MP tweeted an article by Lord William Hague in which the former Tory leader called for the Prime Minister to quit his post. “Lord Hague is right. The residual concerns from across the party will continue to remain,” Mr Bridgen wrote.

“Last night’s vote is worse in percentage terms than that suffered by Mrs May and on a par with Heseltine’s challenge against Mrs Thatcher,” he added in another tweet. “The Prime Minister should now leave with honour and residual affection for what he has achieved.” However, in spite of mounting opposition within his own party, Johnson has vowed once again to “get on with the job”.

In the coming weeks, he has said he will outline plans for new policy. “This is a government that delivers on what the people of this country care about most,” Johnson said in a statement issued by his office ahead of the cabinet meeting. “We are on the side of hard-working British people, and we are going to get on with the job.” Major policy announcements in recent weeks include scrapping the metric system to bring back imperial measurements.