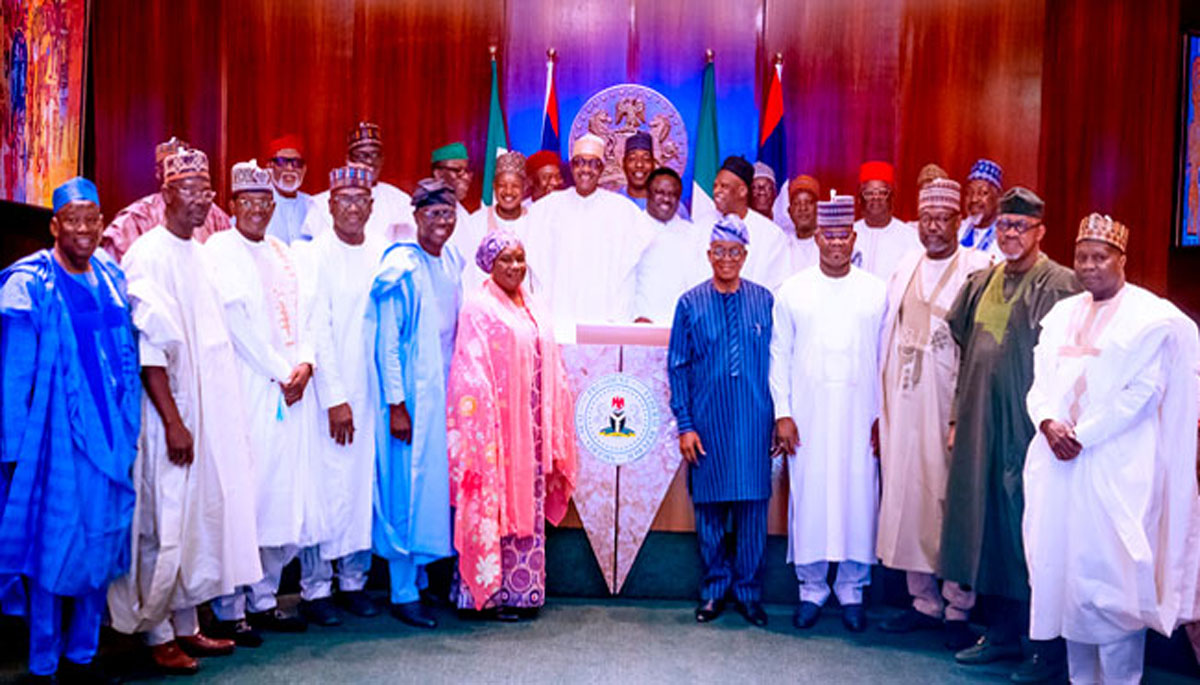 President Muhammadu Buhari on Tuesday met with governors of the All Progressives Congress (APC) ahead of the ruling party’s national convention to produce its presidential candidate for the 2023 general elections. The meeting which is ongoing at the Presidential Villa in Abuja has all members of the Progressives Governors’ Forum represented.

It is expected to give guidance on who should emerge as the flagbearer of the APC amid the screening of the party’s presidential aspirants by the committee led by a former Edo State governor and former APC national chairman, John Oyegun.

Earlier, governors elected on the APC platform had expressed a desire to go along with the choice of the President on the emergence of the party’s presidential candidate. Channels Television had reported that 28 aspirants picked the APC presidential nomination and expression of interest forms sold at N100 million.

While the presidential hopefuls paid for the forms themselves in some cases, various interest groups purchased the nomination tickets for their preferred aspirants – a move that was rejected by some of the beneficiaries. These beneficiaries were former President Goodluck Jonathan and the President of the African Development Bank (AfDB), Dr Akinwumi Adesina.

Similarly, the APC has also dropped the Minister of Labour and Employment, Chris Ngige; Minister of State for Petroleum Resources, Timipre Sylva; and Governor of the Central Bank of Nigeria (CBN), Godwin Emefiele, from aspirants to be screened by its panel.

As a result, the committee screened 12 presidential aspirants as parts of activities lined up for the party’s primary scheduled to take place between June 6 and 8. The remaining 11 aspirants are expected to undergo the same process on Tuesday at the screening exercise held at Transcorp Hilton Hotel in Abuja.