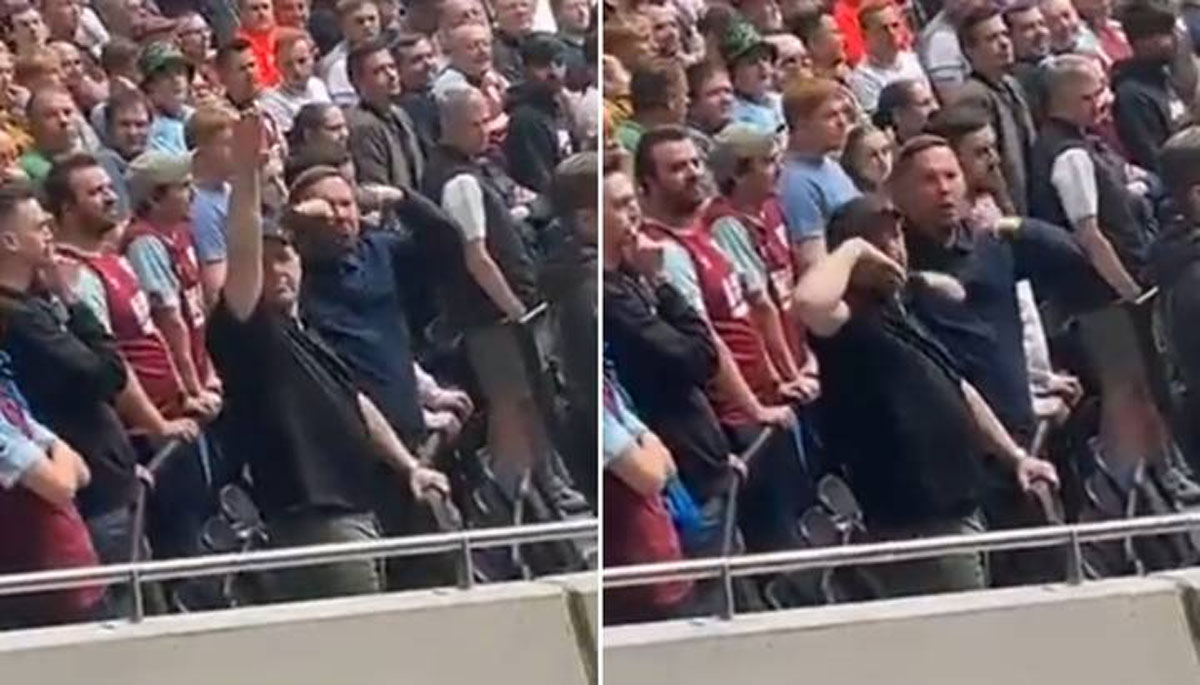 Two Burnley fans have been arrested after one was videoed making a Nazi salute towards Tottenham supporters during their Premier League game on Sunday.

In footage filmed at the Tottenham Hotspur Stadium which was then shared on social media, one Burnley fan clearly performed the gesture towards Spurs supporters while another man who was stood next to him in the away section pretended to sob.

Stewards then stepped in to remove the two men from the stadium following complains from Tottenham supporters. The Metropolitan Police subsequently confirmed that two men had been arrested on suspicion of a racially aggravated public order offence.