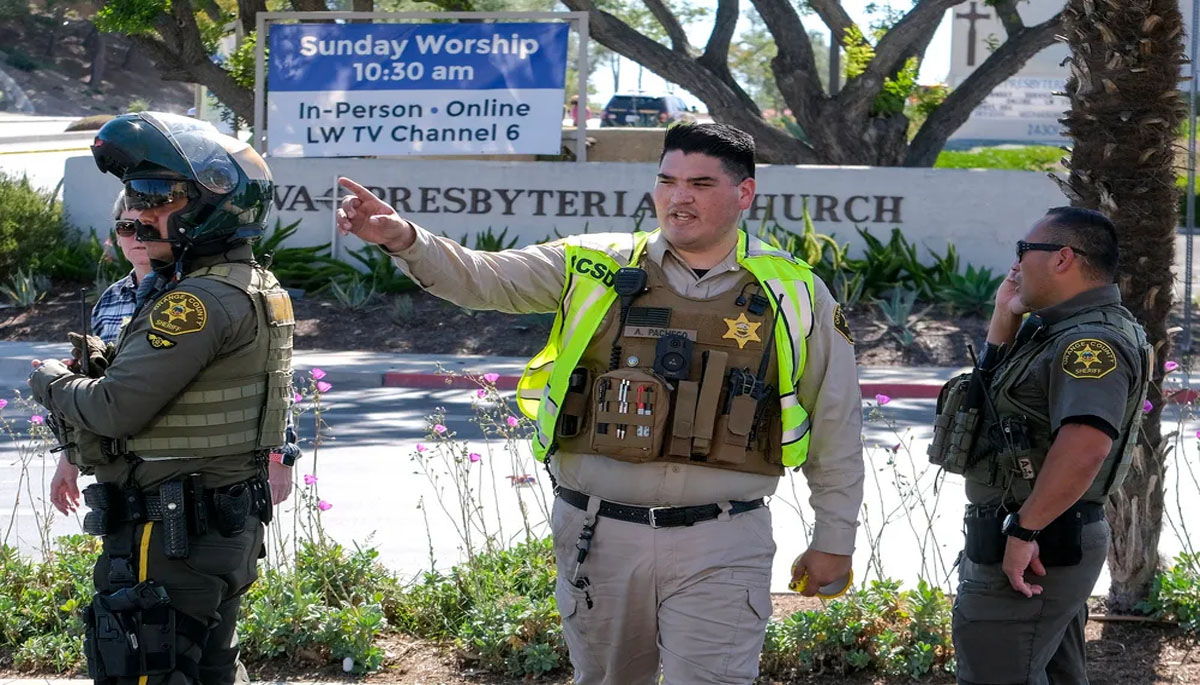 One person was killed and four people were “critically” wounded in a shooting at a church near Los Angeles, US law enforcement said Sunday, just one day after a gunman killed 10 people at a grocery store in New York state. “Four victims have been critically wounded,” a post on the Orange County Sheriff Department’s Twitter account said. “One victim is deceased at the scene.”

Another person sustained “minor” injuries, the department said, adding that all victims were adults. Law enforcement said an emergency call came from Geneva Presbyterian Church at 1:26 pm (20:26 GMT) Sunday afternoon. “We have detained one person and have recovered a weapon that may be involved,” the sheriff’s department said in an earlier tweet.

The Orange County Fire Authority said on Twitter that its firefighters and paramedics were “on scene and treating and transporting multiple patients.” Pictures posted on social media appeared to show emergency vehicles lined up outside a church. The office of California Governor Gavin Newsom said it was working with local officials to monitor the situation.

“No one should have to fear going to their place of worship. Our thoughts are with the victims,” the office tweeted.
Democratic Congresswoman Katie Porter, who represents Orange County in Washington, called the shooting “upsetting and disturbing news, especially less than a day after a mass shooting in Buffalo.” “This should not be our new normal.”
According to the sheriff’s department, the church is located in the town of Laguna Woods, 45 miles southeast of Los Angeles.