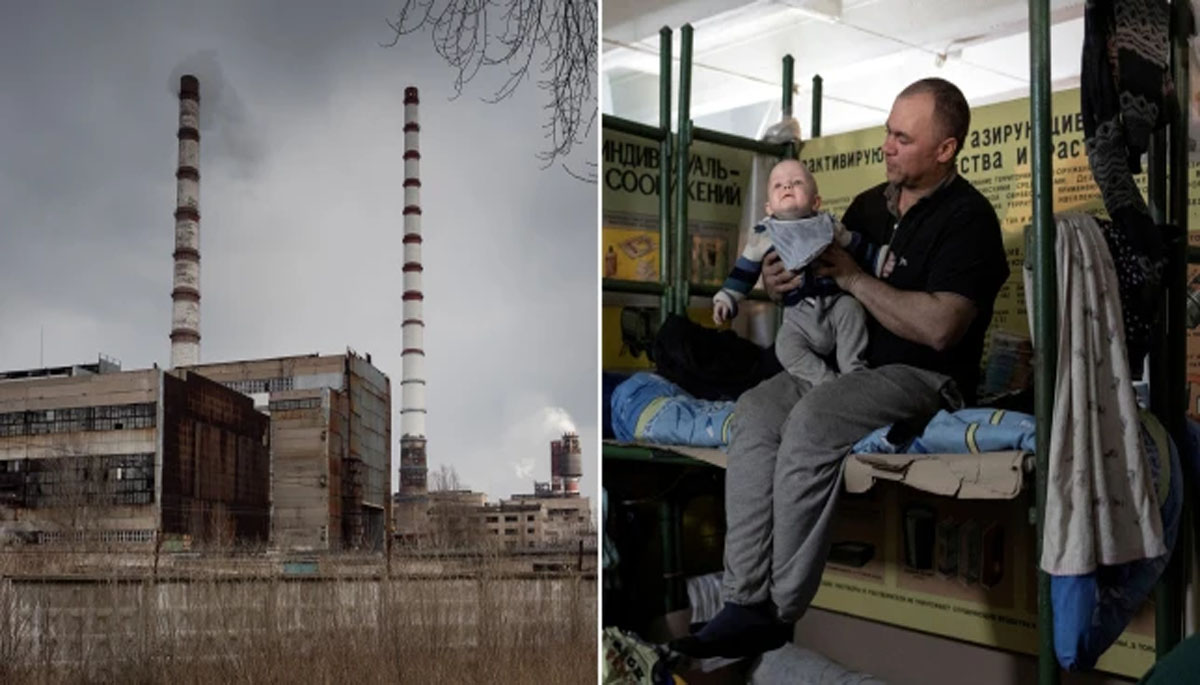 Ukrainian forces have vowed to fight ‘to the end’ in Sievierodonestsk, as the Kremlin’s war on Kyiv reaches its 100th day today. The city, in the region of Luhansk, has suffered around 1,500 casualties who have been killed by military attacks or succumbed to starvation and sickness as food and health supplies dwindle.

‘There are locals there, who were asked to leave the city but refused,’ he said. ‘There are also children there, but not many of them. ’Attacks are being launched inside and to the east and north-west of the city. Seizing Sievierodonestsk would give Russian despot Vladimir Putin control of the Luhansk region.

Kremlin troops now occupy about 20% of Ukraine since the invasion began on February 24 this year, leaving millions displaced. Almost 7million have been driven out of their homeland due to the ongoing violence, according to UN refugee agency, UNHCR.

Up to 100 soldiers are dying in combat every day with around 500 more wounded, President Volodymyr Zelensky said. The rising death toll comes amid growing fears Russia might never leave Ukraine – as political analysts believe Moscow is unlikely to relinquish its military gains.

Andrei Kolesnikov, senior fellow at think tank Carnegie Endowment for International Peace, said: ‘Of course (Russia) intends to stay. He added: ‘It’s a pity to give away what has been occupied, even if it was not part of the original plan.’