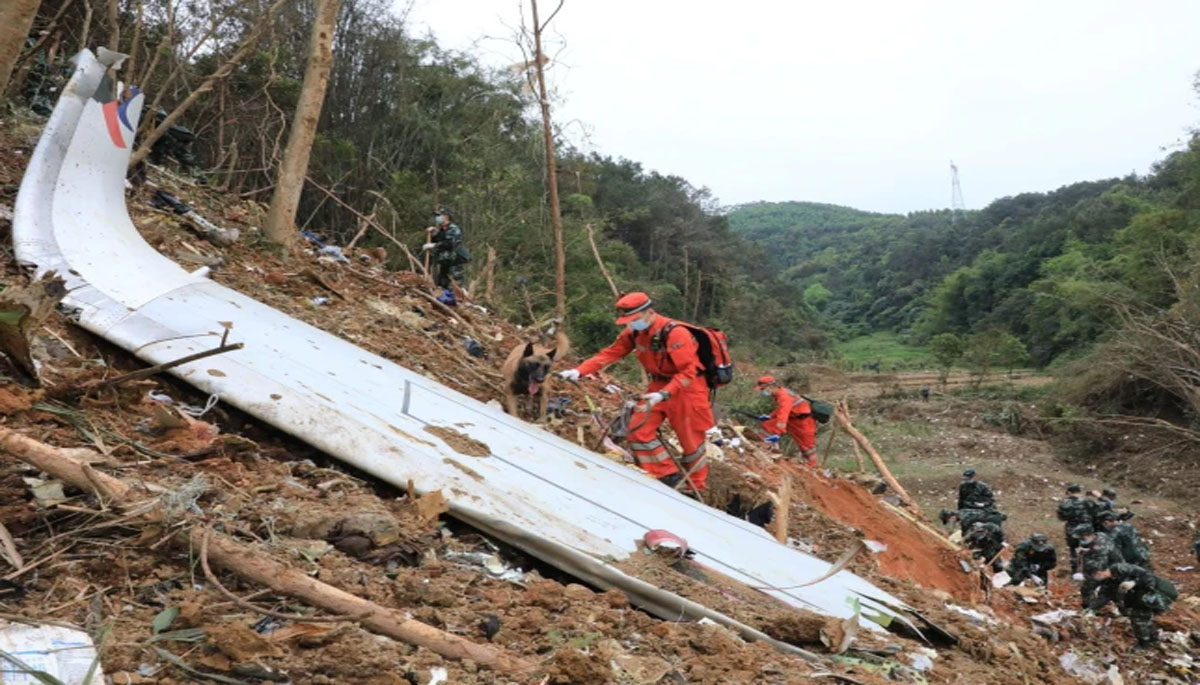 A Chinese airliner which nosedived into the side of a mountain was likely crashed deliberately, investigators believe. All 132 people on board the flight were killed when a China Eastern Airlines mysteriously dropped from the sky over a remote area of the Guangxi region on March 21.

Teams in Beijing and Washington are trying to piece together what happened to the US-made Boeing 737-800 aircraft, with no evidence pointing to a mechanical or technical failure. The plane was travelling at cruising altitude between Kunming and Guangzhou when it suddenly dropped to the ground, the worst aviation disaster on mainland China in 28 years.

It has previously been reported that the plane’s pilots did not respond to radio messages from air control during the rapid descent. Experts familiar with the work of the US probe now believe evidence recovered from the black box points to an intentional downing.

The full findings are yet to be released but officials familiar with the contents of the report told the Wall Street Journal they had reached an unsettling conclusion. One told the American newspaper: ‘The plane did what it was told to do by someone in the cockpit.’

Three pilots were in charge of the plane and investigators have not ruled out a hijacking, according to the report. A China Eastern Airlines spokesperson told the paper ‘unofficial speculation may interfere with the accident investigation and affect the real progress of the global air transport industry’.

The Civil Aviation Administration of China (CAAC) said in a statement last month that preliminary results from labs in Washington suggested there was no useful data on the badly damaged black box and cockpit recorder, whilst noting work was ongoing.

Screenshots of the Wall Street Journal report appear to be censored on Chinese social media, according to Reuters. Topics like ‘China Eastern’ and ‘China Eastern black boxes’ are banned on Weibo, the country’s most popular platform, the agency reported.

The CAAC previously dismissed speculation about a deliberate crash online, saying it ‘gravely misled the public’ and ‘interfered with the accident investigation work’. It also said the crew were qualified and in good health, the jet was properly maintained, the weather was fine and no dangerous goods were onboard.