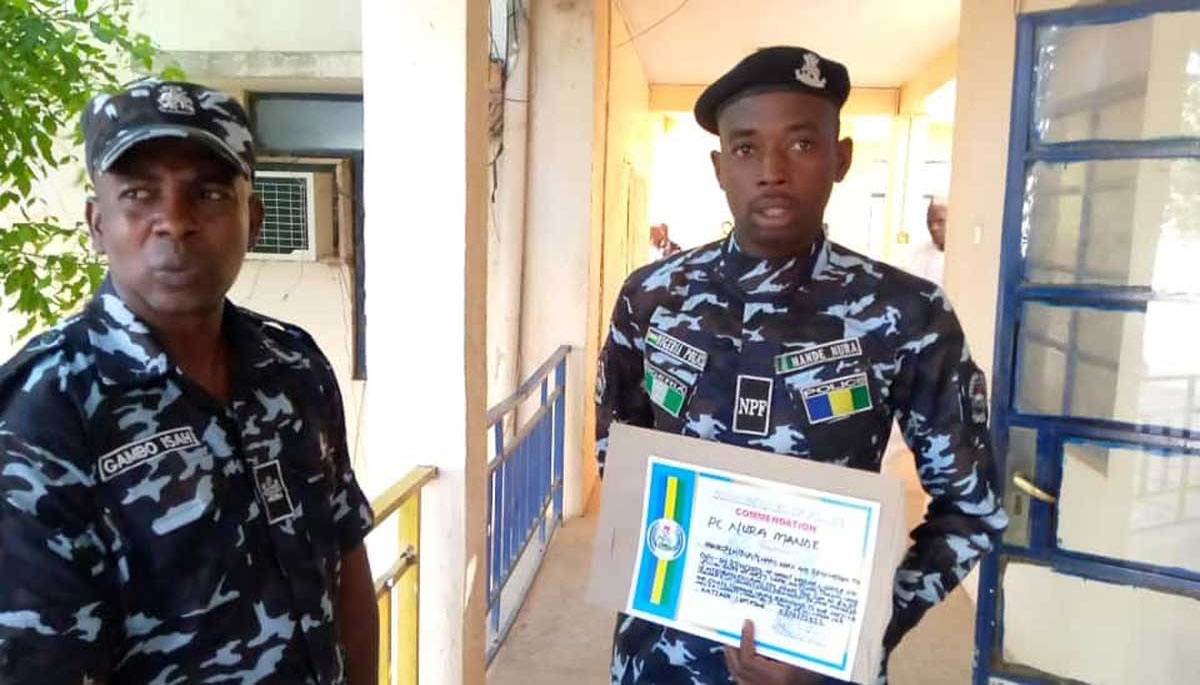 The Police Command in Katsina State on Friday honoured a Constable, Nura Mande, who found and returned missing 800 dollars to its owner in Katsina. A statement by the Command’s spokesperson, SP Gambo Isah, said that the constable was presented with a letter of commendation and N30,000 by the Commissioner of Police, Idris Dabban.

“PC Mande disclosed that it was his fear of God that made him to return the money to the board’s official so that it could be returned to the owner. “Salisu-Rumah commended the police constable for his good behaviour and honesty,” he added.

According to Isah, the police commissioner is elated over the display of honesty by Maude and called on other police personnel in the command to emulate him. He assured that the command would continue to appreciate its operatives who displayed honesty and commitment to their duties.