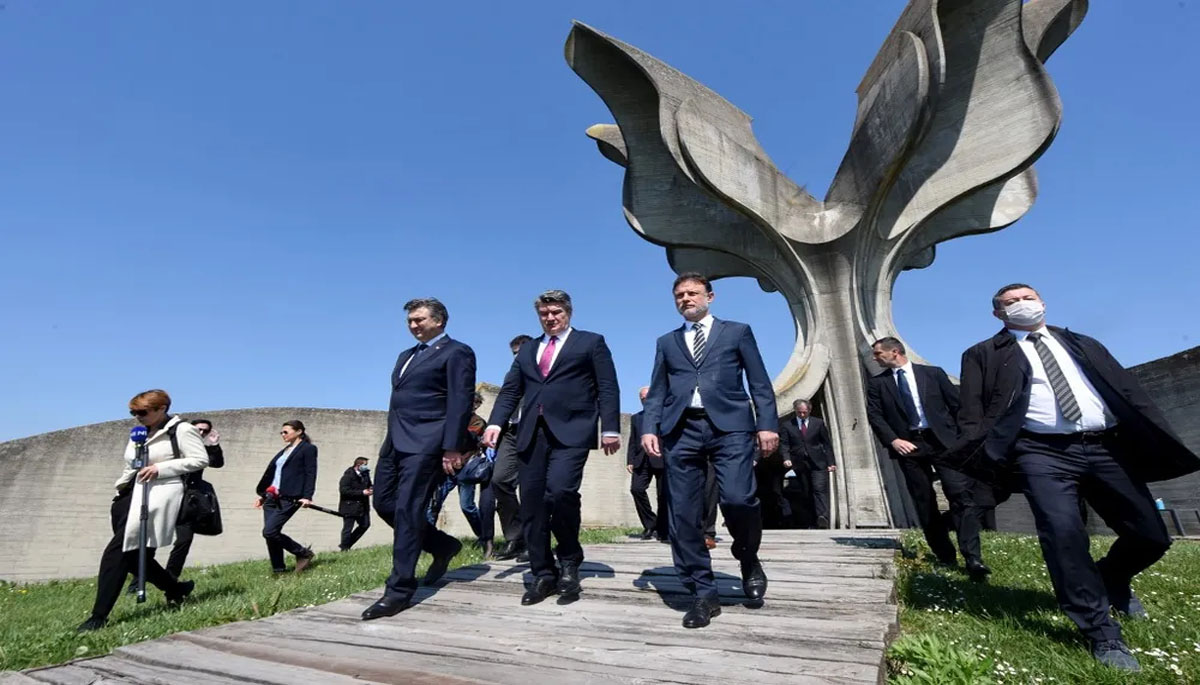 Jews in Croatia on Friday snubbed an official commemoration for the victims of the country’s most notorious World War II death camp accusing the the authorities of tolerating pro-Nazi sentiments. Jews as well as ethnic Serbs and anti-fascists had boycotted the event for three consecutive years before rejoining it in 2020.

At the time they said they wanted to show solidarity during the pandemic and start a conversation with authorities about lingering intolerance. The Jasenovac camp, dubbed Croatia’s Auschwitz, was run by the Nazi-allied Ustasha regime. The Ustasha persecuted and killed hundreds of thousands of ethnic Serbs, Jews, Roma and anti-fascist Croatians.

The European Union country’s conservative government faced criticism in recent years for failing to condemn the use of Ustasha slogans and historical revisionism among right-wingers. The latest outrage was sparked this month when a government envoy who attended a ceremony to commemorate 1990s war paramilitaries, said Croatia “would not exist if there was no April 10, 1941”. He was referring to the date when the Nazi-allied Independent State of Croatia was founded.

The government distanced itself from his statement while Prime Minister Andrej Plenkovic said Friday that the “inexperienced” envoy made a “grave mistake.” “A clear condemnation of the crimes in Jasenovac is extremely important, not only for the victims, but also for young people who have yet to become aware of what has happened in our history,” Plenkovic said at the ceremony marking the 77th anniversary of the camp’s closure. Jews, who want the government to explicitly ban Ustasha symbols, will commemorate the camp’s victims next week.