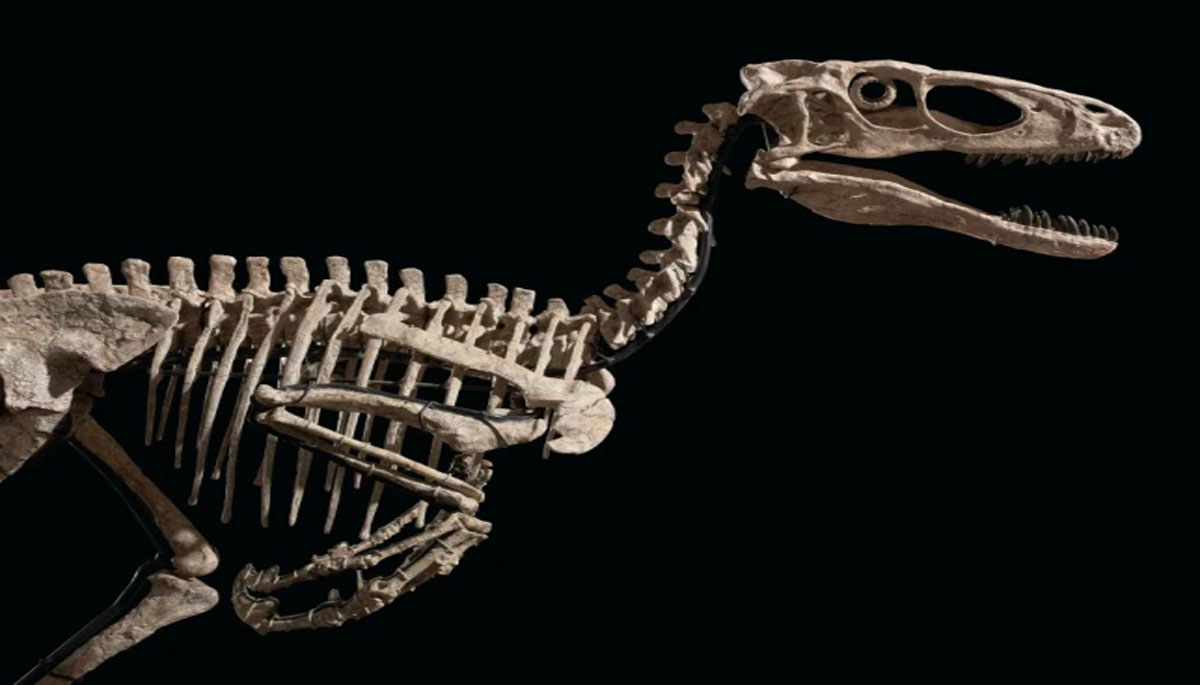 A complete skeleton of a dinosaur has sold at Christie’s auction house for more than £10million. Measuring at 4ft tall and 10ft long, the skeleton named Hector is a Deinonychus antirrhopus — a much bigger and deadlier relative to the velociraptor, popularly depicted in the 1993 movie Jurassic Park.

The creature’s true name can be a mouthful, so the author Michael Crichton, on whose book the movie is based, chose to call it a velociraptor which was in fact much smaller.

Auctioneers Christie’s sold Hector at an auction in New York, making it the world’s only privately owned Deinonychus fossil. Consisting of 126 fossilised bones, Hector is the largest and most complete of its kind ever discovered. The skeleton sparked a fierce bidding war and dwarfed expectations, selling for £10.1 million – more than twice its estimated value.

The Deinonychus — meaning ‘terrible claw’ — was unearthed in Wolf Canyon, Montana, US between 2012 and 2014, where it had lain almost perfectly preserved for around 110 million years since the early Cretaceous period. It was found by commercial paleontologist Jared Hudson and acquired by an anonymous buyer.

Hector has only been publicity exhibited once before at the Natural History Museum of Denmark in Copenhagen. The exceptionally rare artefact attracted the attention of collectors from across the globe as the vast majority of dinosaur fossils belong to museums.

James Hyslop, specialist at Christie’s, said: ‘With a handful of recorded specimens found and only two skeletons in museum collections, the Raptor is the single most complete Deinonychus known to exist, and the only privately owned specimen,’

The Deinonychus walked the earth between 115 and 108 million years ago — 50 million years before the T-rex. The dinosaur belonged to a group of dinosaurs called therapods, carnivorous creatures which walked on their hind legs. They hunted in packs and used their hooked claws to spear down and disembowel prey with a powerful kick.

The Deinonychus’ discovery in 1964 triggered a shift in scientific understanding of dinosaurs which were previously believed to be cold blooded and lizard-like creatures. Instead, it is now thought that they were warm blooded animals linked to the early evolution of birds.