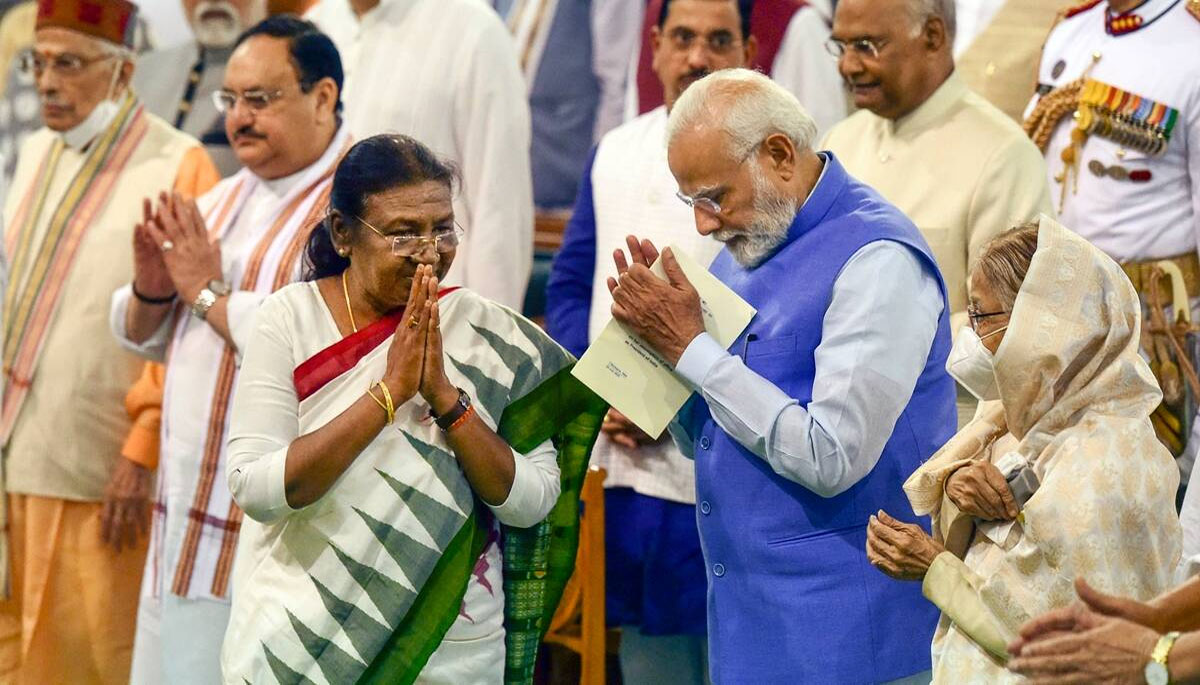 Droupadi Murmu Swear-in as India 15th President. Addressing the nation after being sworn in Murmu stated that she was honoured to take charge at a time India is completing 75 years of Independence. She added that she was the first President to be born in independent India.

Calling Murmu’s swearing-in ceremony a “watershed moment for India, especially for the poor, marginalised and downtrodden,” Prime Minister Narendra Modi wished the President luck for her tenure. PM Modi added, “In her address after taking oath, President Droupadi Murmu gave a message of hope and compassion”. Murmu, in Parliament, said, “Reaching the Presidential post is not my personal achievement, it is the achievement of every poor in India. My election is evidence that the poor in India can not just dream but also fulfil those dreams.”

Murmu is the first tribal woman to hold the highest constitutional post in the country. Chief Justice of India N V Ramana administered the oath to Murmu in the presence of Prime Minister Narendra Modi, Union Ministers Rajnath Singh, S Jaishankar, Amit Shah, among others.