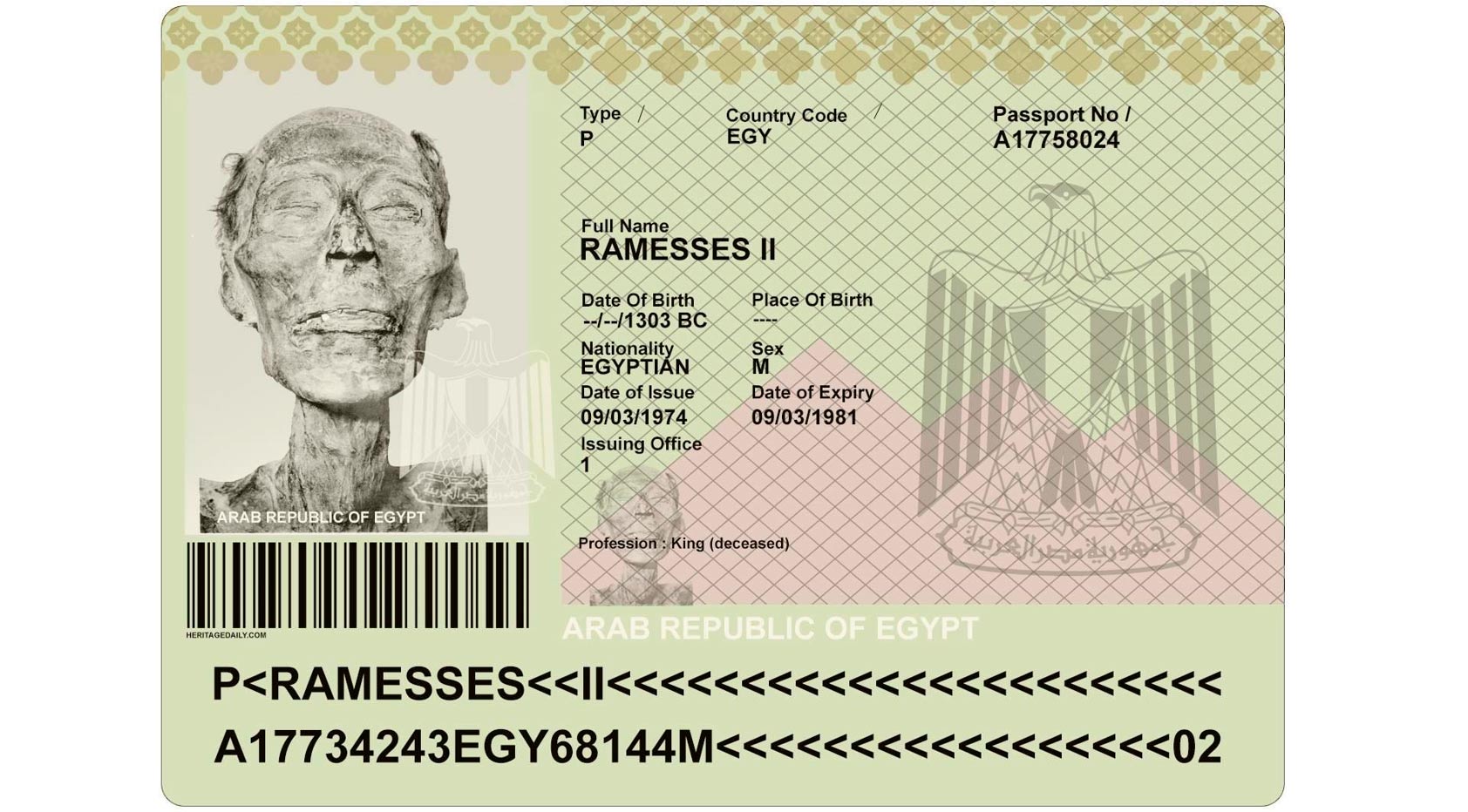 A mock up for the only mummy with a passport. Ramesses II on an example of an Egyptian Passport Bio Page.

The Pharaoh Ramesses II gets a passport.

In any case, Pharaoh Ramesses II was issued a passport by the Egyptian government, and was the first (and probably the last) mummy to receive one.

Apart from having a photo of Ramesses II’s face, the passport is also notable for listing the occupation of the ancient Egyptian pharaoh as ‘King (deceased)’.

The mummy of Ramesses II left Egypt in 1976, and when it arrived in France, it was received at the Paris–Le Bourget Airport with the full military honors befitting a king. The mummy was then transported to the Paris Ethnological Museum, where it was examined.

The researchers discovered that the deterioration of the mummy was caused by a fungal infection, and it was given the appropriate treatment to avoid total decay.

After the treatment, further examinations were carried out on the mummy. It was found that the pharaoh was about 1.7 meters (5 feet 7 inches) tall, had fair skin and red hair.

In addition, some of the maladies the pharaoh suffered from were identified. For instance, it was reported that he was suffering from arthritis, as well as a tooth abscess.

Moreover, it seems that Ramesses II also had ankylosing spondylitis, a long-term inflammation of the joints of the spine, which would have made him walk with a hunched back during his later years.

After the analyses of the mummy were completed, it was flown back to Egypt and returned to the Cairo Museum.

Who Was Ramesses II?
Ramesses II (Ramses II) was a pharaoh of the Nineteenth Dynasty, the second dynasty of ancient Egypt’s New Kingdom. He was born around 1302 BC, and succeeded his father, Seti I, in his late teens or early 20s.

Ramesses II reigned for a total of 66 years, making him one of the longest reigning pharaohs in the history of ancient Egypt. He outlived many of the children he fathered. Incidentally, this record was surpassed only by Pepi II, a pharaoh of the Old Kingdom who is recorded to have reigned for 94 years.

Apart from his long reign, Ramesses II is notable also for various achievements during his lifetime. For instance, he campaigned successfully against the enemies of Egypt, including the Hittites in Anatolia and the Nubians to the south of Egypt. Additionally, Ramesses II constructed many remarkable monuments that have survived till this day. Amongst the best-known of these are Abu Simbel and the Ramesseum.

In this article:Egypt, Featured, Pharaoh 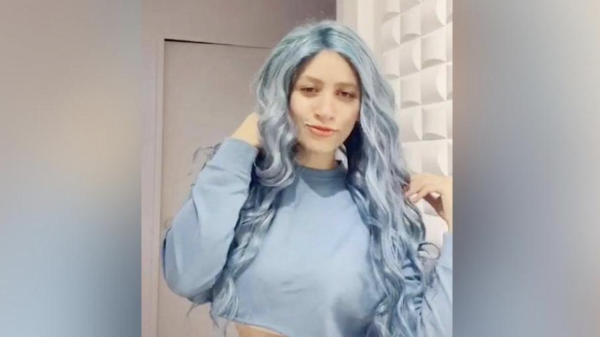 An Egyptian TikTok star has been sentenced to three years in prison after a court convicted her of human trafficking at retrial. Haneen Hossam,... 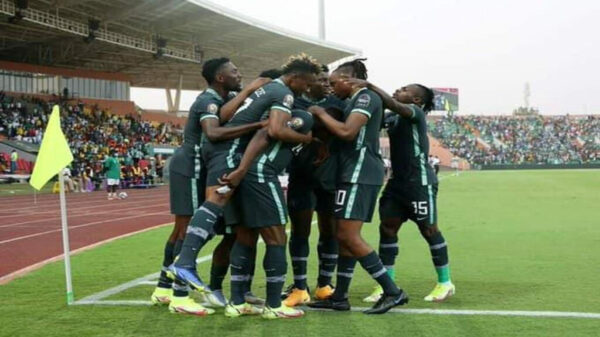 The Speaker of the House of Representatives, Rep. Femi Gbajabiamila, has congratulated the Super Eagles of Nigeria for their victory over the Pharaohs of... US holds $130M of Egypt military aid over human rights