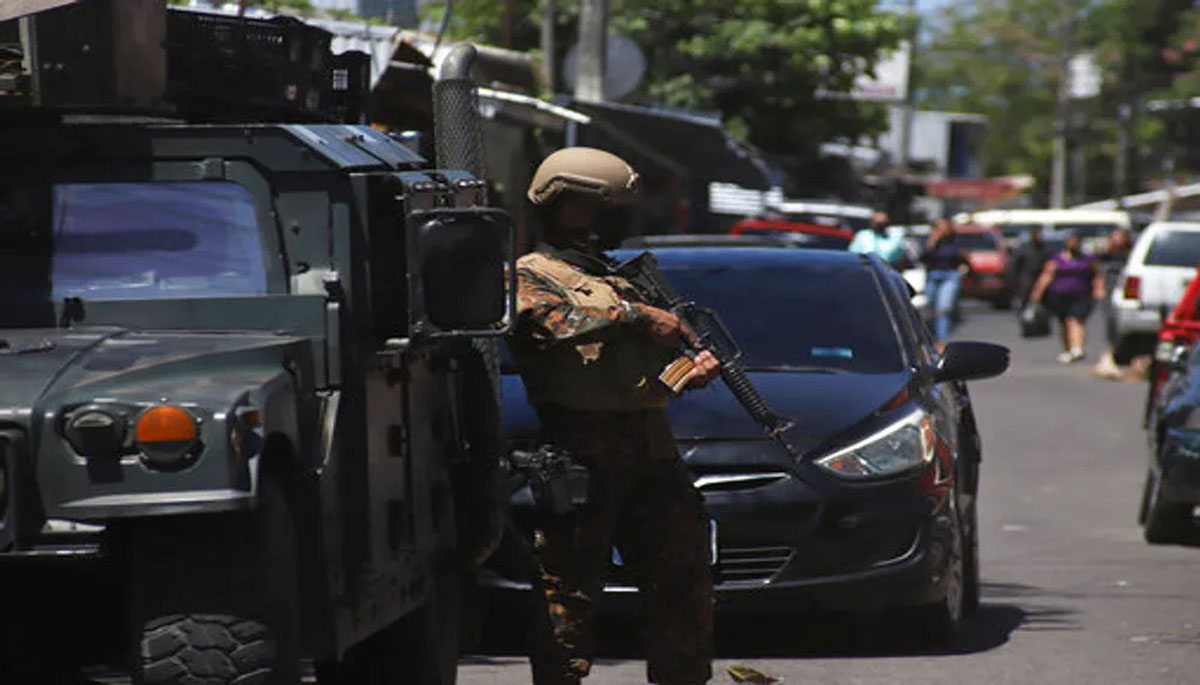 El Salvador’s government said Monday that it arrested more than 600 suspected gang members and ordered food reductions for prison inmates, after a wave of killings over the weekend. President Nayib Bukele’s government declared a state of emergency and locked down prisons after 87 murders were committed between Friday and Sunday. By comparison, there were 79 homicides in the entire month of February, The Guardian reported.

Authorities blamed the killings on gangs and said gang strongholds around the capital San Salvador were raided.
Bukele said those detained would not be released and that gang-inmates at Salvadoran prisons would receive only two meals per day, apparently to stretch food supplies to feed the new detainees. “Don’t think they are going to be set free,” Bukele tweeted.

“We are going to ration the same food we are giving now (to inmates)… I am not going to take budget money away from the schools to feed these terrorists.” The state of emergency suspends constitutional guarantees of freedom of assembly and loosens arrest rules for up to thirty days, with the possibility of an extension.

According to The Guardian, the decree also allows suspects to be detained without a lawyer for up to two weeks.
The homicides were seemingly linked to the Central American country’s notorious street gangs, who control much of the capital. Five leaders of the Mara Salvatrucha gang, known as MS-13, were reportedly captured by the National Police for allegedly ordering the killings.