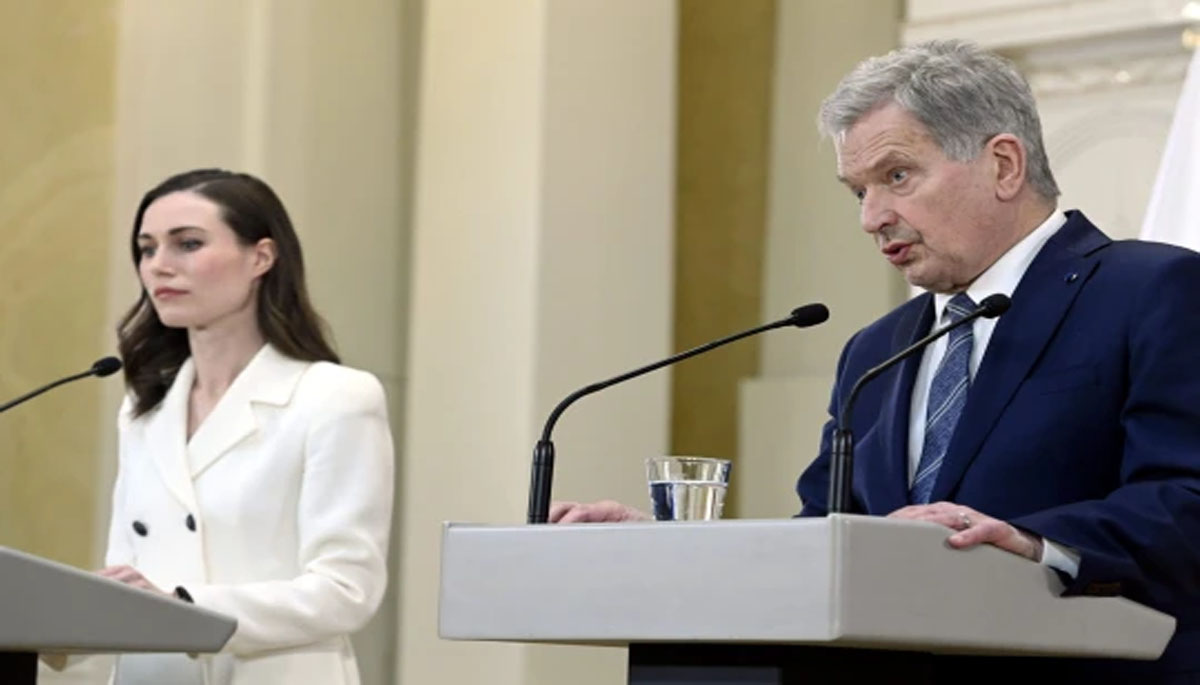 Finland has officially announced plans to join Nato, despite increasing warnings from Russia. The Kremlin previously said the potential move was ‘definitely’ a threat which would be met with ‘retaliatory steps’.

Finland’s president and ministerial committee formally agreed to join Nato today. A draft report, to go before the country’s government, has been released detailing the decision. It states: ‘By joining Nato, Finland would strengthen its own security in the changed operating environment.

‘Finland’s membership in Nato would strengthen stability and security in the Baltic Sea region and Northern Europe.’ President Sauli Niinisto and Prime Minister Sanna Marin announced the bid to join Nato at the Presidential Palace in Helsinki today.

‘This is a historic day. A new era begins,’ said Mr Niinisto. Ms Marin also described the proposal as ‘historic’. She added: ‘As a member of Nato, we will also be responsible for the security of the alliance as a whole.’ The Finnish Parliament is expected to endorse the decision in coming days, and today’s development is considered a formality.

A formal membership application will then be submitted to Nato headquarters in Brussels, most likely at some point next week. The Nordic nation, which has a long border with Russia, has never been a member of the Cold War defence alliance.

But the invasion of Ukraine paved the way for a new wave of thinking. The new report adds: ‘Following Russia’s invasion of Ukraine, a fundamental change has taken place in the security and operating environment of Finland and Europe.’

On Saturday, a Russian state energy company stopped supplying power to Finland amid rising tensions. And on Thursday, Russia’s ambassador to the EU said there will be a ‘military and technical’ response to Finland joining Nato. He told Sky News he was ‘deeply disappointed’ in the Nordic state.

He added Finland had been ‘pushing above its weight, having become in the last few decades a major power in promoting European security architecture’. Countries have already rallied to make promises to protect Finland, if Russia ever did invade in retaliation.

During a visit to Finland, defence secretary Ben Wallace said: ‘Do I think if Finland didn’t join Nato Britain wouldn’t come along to help?

‘No. Britain will always be here in the Nordics, to be part of you, to help you, to support you.’ Finland’s Nato membership bid is expected to be followed by a similar move from Sweden. Nato’s secretary general, Jens Stoltenberg, has said both countries would be ‘welcomed with open arms.’