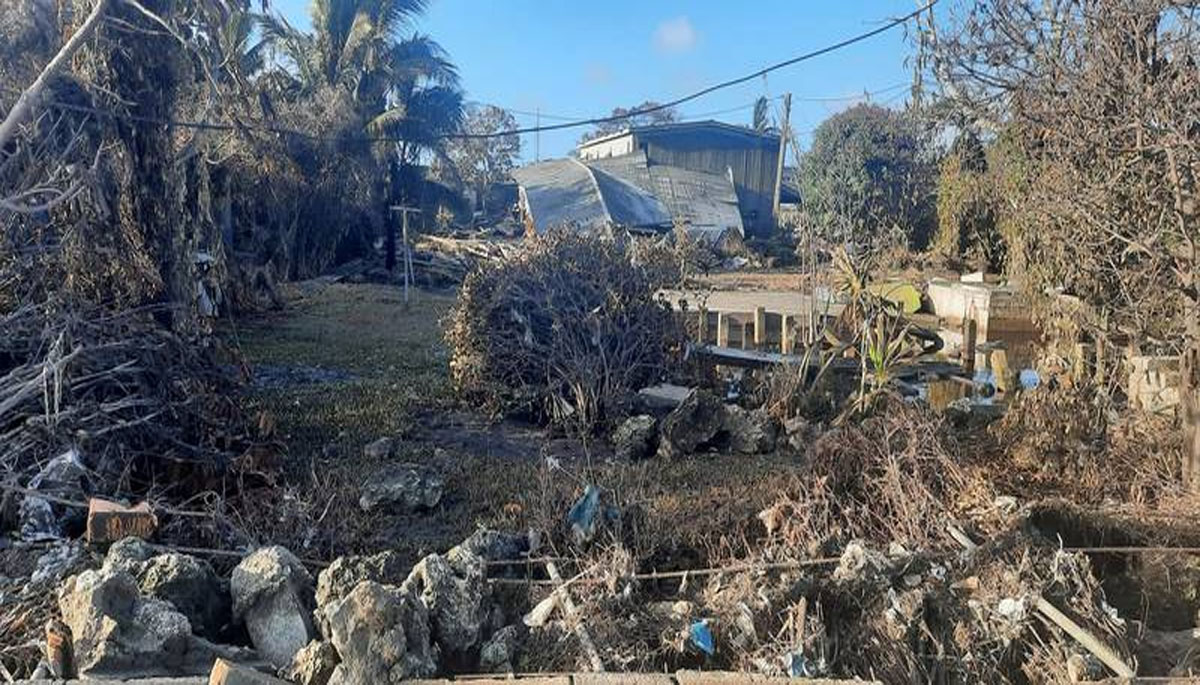 The eruption of the Hunga Tonga-Hunga-Ha’apai volcano killed at least three people and sent tsunami waves across the Pacific, knocking out connectivity to the archipelago and sweeping away buildings and entire villages on Saturday.

Satellite images of an undersea volcano erupting in a giant mushroom cloud in the Pacific were watched by people from around the world. Many wondered why the blast was so big, why and how the resulting tsunami travelled so far, what will happen next and how residents of the islands have been affected.

Where is Tonga and what is the situation now?
Tonga is a group of islands in the South Pacific Ocean to the east of Australia and south of Samoa. The Polynesian kingdom is made up of more than 170 islands, many uninhabited. Tonga could be cut off from the world for weeks because the damaged undersea telecommunications cable will take at least a month to repair, with the delay likely to hamper disaster recovery efforts.

Is Tonga getting aid after the eruption?
The first flights carrying fresh water and other aid to Tonga were finally able to leave on Thursday after the Pacific nation’s main airport runway was cleared of ash left by the eruption.

How powerful was the eruption?
The eruption on Saturday was incredibly explosive but also relatively brief. The plume rose into the air more than 30 kilometres but the eruption lasted about 10 minutes, unlike some big eruptions that can continue for hours. Shane Cronin, a volcanology professor at the University of Auckland, told AP the power of the eruption ranks among the world’s biggest over the past 30 years, and the height of the plume of ash, steam and gas was comparable with the huge 1991 eruption of Mount Pinatubo in the Philippines, which killed several hundred people.

Why was the eruption so big?
The magma inside the volcano was under enormous pressure and had gasses trapped within it. A fracture in the rock probably induced a sudden drop in pressure, allowing the gas to expand and blast the magma apart. Mr Cronin said the crater was about 200 metres below the sea surface. He called it a “Goldilocks depth” for a big explosion in which seawater pours into the volcano and turns instantly into steam, adding to the rapid expansion and energy of the explosion. Any deeper and the extra pressure of the water would have helped to contain the eruption.

What caused the tsunami?
Many scientists were surprised that a single eruption could produce a Pacific-wide tsunami of about one metre that smashed boats in New Zealand and caused an oil spill and two drownings in Peru.

Emily Lane, a tsunami expert at the National Institute of Water and Atmospheric Research, told AP oceanwide tsunamis are usually triggered by earthquakes that extend across huge areas rather than from a single volcano, essentially a tiny dot in the ocean. She said other factors may have been at play, such as an underwater flank of the volcano collapsing and displacing water. She said one theory is that the shock wave, or sonic boom, from the volcano that travelled twice around the world, may have pumped more power into the tsunami waves.

Why was the tsunami not bigger?
Another mystery is why the tsunami was not bigger and more destructive in Tonga, which is almost on top of the volcano.
“That’s the million-dollar question,” Mr Cronin said. “Looking at the images so far, the level of devastation is less than I was fearing.” Authorities confirmed three deaths, with concerns remaining about people on some of the hard-hit smaller islands. Dozens of homes were destroyed.

Ms Lane said Tongans at least got some warning, both from the increased activity at the volcano the day before the eruption and from the incredibly loud bang when it erupted but before the tsunami hit, allowing many to scramble to higher ground. She said reefs, lagoons and other natural features may also have protected parts of Tonga, while amplifying the waves in certain areas.

What damage did the ash cloud cause?
The ash that coated Tonga is acidic but not poisonous, Mr Cronin said. He has been advising Pacific responders that people may still be able to drink from their rainwater supplies even if some ash has fallen into it, which will make the water more acidic and salty. He said it was a question of applying the taste test and if water became scarce, it would be better to drink ash-tainted water than stagnant water that might be contaminated with bacteria.

Mr Cronin said all of Tonga’s soil comes from volcanic ash and the latest dump of ash would quickly wash into the ground and make the land more fertile.

What are the other effects of the eruption?
Huge volcanic eruptions can sometimes cause temporary global cooling as sulphur dioxide is pumped into the stratosphere. But in the case of the Tonga eruption, initial satellite measurements indicated the amount of sulphur dioxide released would have only a tiny effect of perhaps 0.01ºC global average cooling, said Alan Robock, a professor at Rutgers University.

What will happen next?
Mr Cronin envisions two main scenarios – the first is that the volcano has exhausted itself for now and will go quiet for the next 10 to 20 years as magma slowly returns.

A second scenario is that new magma rises up quickly to replace that which exploded, in which case there might be ongoing eruptions. He believes the cracks and rifts caused by Saturday’s big explosion will allow more gas to escape, meaning subsequent eruptions will not be as big, at least for now. Mr Cronin and Ms Lane agree there needs to be much better monitoring of the volcano – and others in Tonga – to help better predict future events.