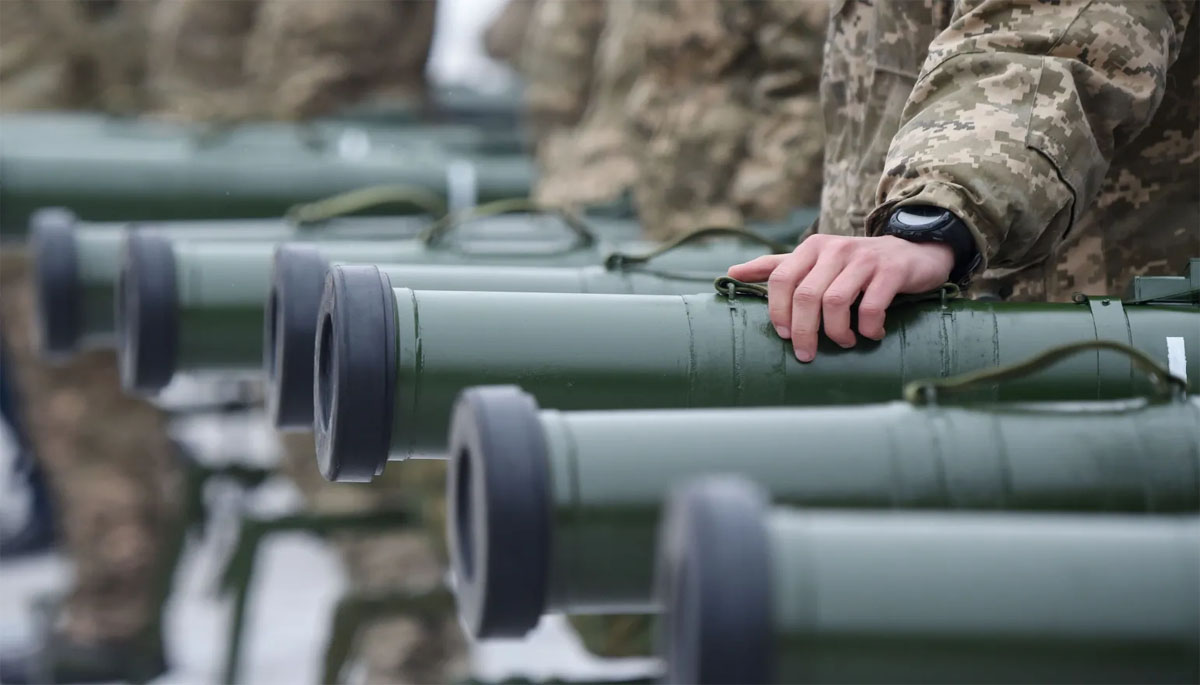 France and German arms manufacturers reportedly sent weapons to Russia in the build-up to the invasion of Ukraine. The European Commission has been forced to close a loophole to prevent European firms doing business with Moscow, according to The Telelgraph.

It said it had been passed analysis by an MEP which showed companies from ‘at least 10 members of states’ had got around an embargo imposed after the 2014 annexation of Crimea.

Almost four fifths of the £230 million worth of lethal equipment was sent by France and Germany. The German government said the sale of ‘dual-use’ equipment like rifles and armoured vehicles was only authorised after it received assurances they were not for military use.

French firms were allowed to honour contracts agreed before the 2014 assault on Ukrainian territory, which a defence ministry spokesperson has previously defended as a ‘grandfather’ clause. Equipment worth £33 million was sent to Russia last year by EU firms, according to European Commission data seen by the paper.

Loopholes in the arms embargo were closed earlier this month to prevent any more being sent to Russia from the continent. Cristian Terhes, the Romanian MEP who shared the EU analysis with the Telegraph, said: ‘While Ukraine is desperately crying out for weapons to defend itself from Putin’s invasion, Germany and France are silent, but were happy enough to quietly and disgracefully sell their wares to Moscow.’

Western allies have boosted arms supplies to the Ukrainian military this week as Russia ramps up its assault on the east of the country. The UK has sent thousands of anti-tank missiles, as well as the advanced Starstreak missile system.

Armoured vehicles will also be sent and the Ministry of Defence is drawing up plans for a new anti-ship missile system, as well as sending tanks to Poland so Warsaw can send its own on to Ukraine. US president Joe Biden said on Thursday he had authorised a further $800 million in military aid for Ukraine, days after another package of a similar value.

Countries across Europe are following suit but Germany has come under criticism for its apparent reluctance to boost its lethal aid exports. Europe’s largest economy is reliant on Russian gas imports and has lagged behind neighbours in its weapons provision so far.

Chancellor Olaf Scholz has previously said the German military was too depleted to give up equipment but took a new line in an interview yesterday. Speaking to Der Spiegel, he said he was concerned about ending up in a direct conflict with Russia.

He told the paper: ‘That’s why it is all the more important that we consider each step very carefully and coordinate closely with one another. ‘To avoid an escalation towards NATO is a top priority for me. ‘That’s why I don’t focus on polls or let myself be irritated by shrill calls. The consequences of an error would be dramatic.’