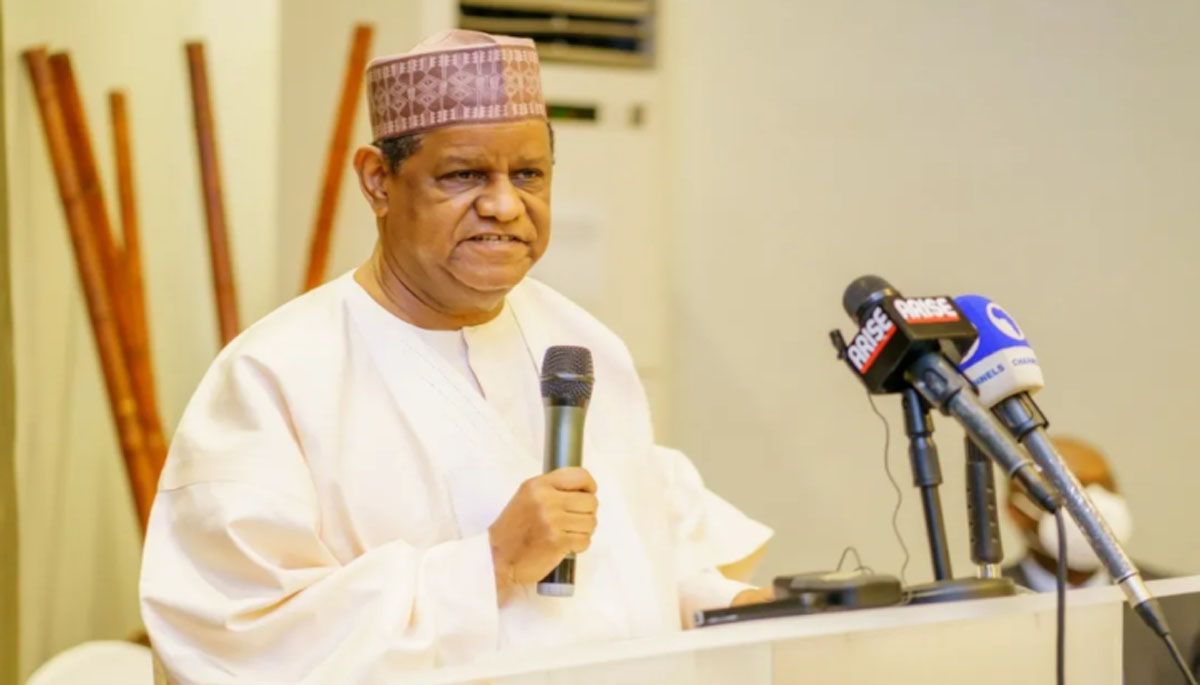 He announced his withdrawal in a letter addressed to the PDP National Chairman Iyorchia Ayo, the day the main opposition party is holding its presidential primary election.

“I have been a keen observer of Nigerian politics for so many decades, but have not been opportuned to actively participate in party politics due to my engagements in managing critical public and private institutions, among others,” he said in the letter dated May 27th.

“I have observed with great concern and sorrow the recent rapid deterioration of all aspects of our national life – characterised by increasing poverty, religious intolerance, banditry and kidnapping, monumental oil theft, corruption, mismanagement of national assets, communal and religious strifes and near collapse of public services and public institutions.

“During my recent nationwide trips, I came face to face with angry and hungry youths, children, boys, and girls abandoned by their states who ought to provide them with education and vocational training. These had become the recruiting grounds of criminals, religious and political extremists.”

The former managing director of the now-defunct FSB International Bank reiterated his decision to join the presidential race, saying he “planned to make Nigeria the continental economic powerhouse”. According to him, one of his dreams is to end insurgency in the country and also halt the “incessant closure of our universities and other public institutions due to strikes”.

“I wish to reiterate that I did not join party politics and to contest for the presidency because of personal gains and inordinate ambition, but in order to serve our country,” he explained. “It is therefore based on personal principles and with great humility that I have decided after wide consultations to withdraw from this contest which has been obscenely monetized.”

He thanked his supporters and well-wishers for believing in his dreams and pledged, however, to work for the party. “Finally, as a very loyal party member and believer in the democratic process, I will continue to avail myself and my teeming supporters at all times to ensure the victory of our great party,” Hayatu-Deen added.

His withdrawal is the latest twist in the PDP presidential primary contest. Earlier in the week, a former Governor of Anambra State Peter Obi had defected from the party and days later, joined the Labour Party. Hayatu-Deen’s decision came hours after the Independent National Electoral Commission (INEC) extended the deadline for the conduct of presidential primaries.

Following the move, the All Progressives Congress (APC) fixed a new date for the party’s presidential primary poll. But the PDP, Nigeria’s main opposition party, lambasted the electoral body for the decision, saying it amounted to changing the goalpost in the middle of a game.

“The consequences will be grave for the country. And of course, we have to look at that,” PDP spokesperson Mr. Debo Ologunagba said at the Velodrome of the Moshood Abiola Stadium, Abuja, the venue of the PDP primary poll “The bedrock of democracy is certainty of elections and the fact that the rules are clear to every participant, and you cannot shift the goalpost in the middle of the game.”