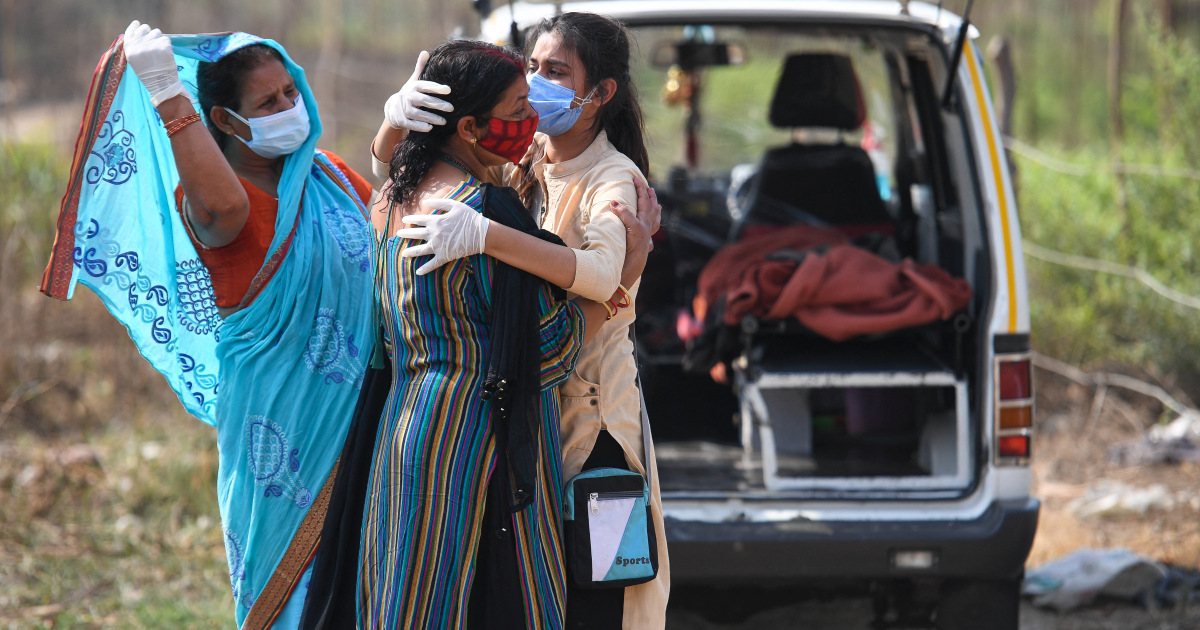 Relatives grieve as they arrive for the cremation of their loved one who died due to the Covid-19 coronavirus before the cremation at a crematorium in Moradabad on May 5, 2021. (Photo by Prakash SINGH / AFP)

The number of deaths linked to coronavirus in India has moved past the 400,000 mark as the country tries to speed up its vaccination drive.

Experts warn that the real number of fatalities might be much higher as many deaths are not officially recorded.

India is only the third in the world behind the US and Brazil to record more than 400,000 deaths.

The country has recorded 30 million cases – second only to the US.

The number of average daily cases in India has fallen to just over 40,000 in recent days, down from the peaks of 400,000 in May. The drop in numbers has largely been attributed to strict lockdowns by states.

But experts have warned of an impending third wave.

On Friday, the federal government sent a team of experts to six states – Kerala, Arunachal Pradesh, Tripura, Odisha, Chhattisgarh and Manipur – that are seeing a rise in cases. They will assess the situation and monitor the vaccination programme in these states.

Less than 5% of the country’s population has been fully vaccinated since the beginning of the drive in January.

Advertisement. Scroll to continue reading.
In this article:COVID-19, COVID-19 Vaccine