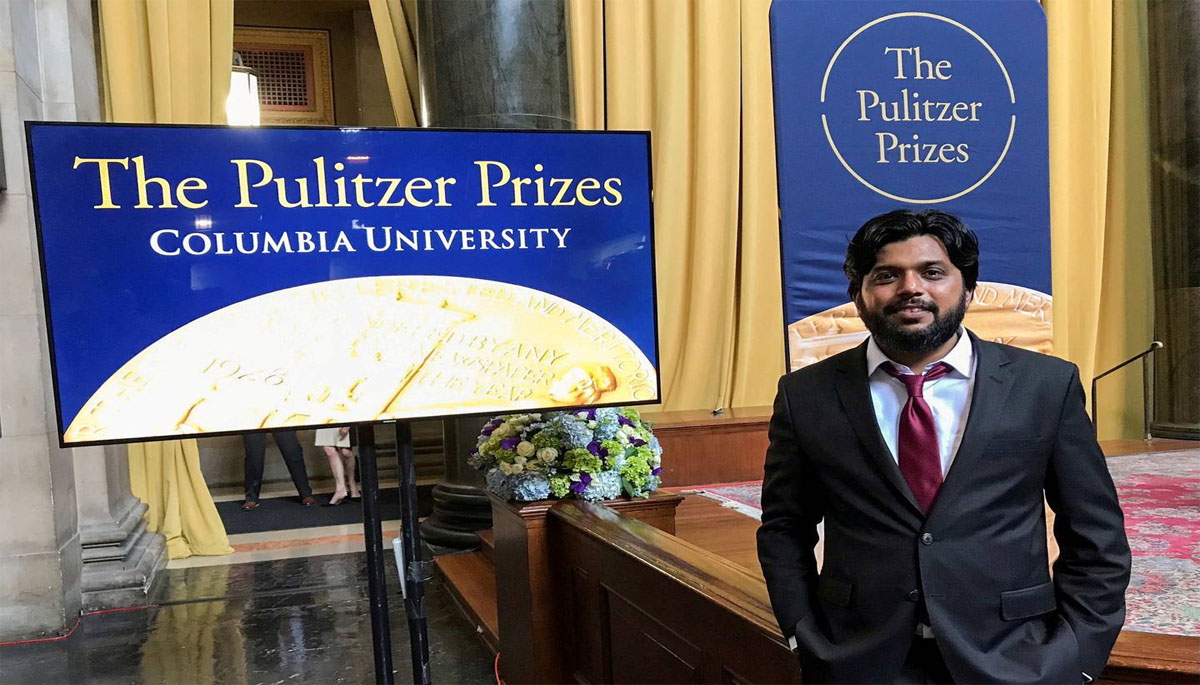 Indian photojournalist Danish Siddiqui, who was killed in July covering the Afghan war for Reuters news agency, has been awarded the Pulitzer Prize in the feature photography category for his reportage of Covid-19 in India.

Siddiqui, who worked with Reuters bureau in India and was on an assignment in Afghanistan, is among four Indians honoured with the prestigious award.

His colleagues, Adnan Abidi Sanna, Irshad Mattoo and Amit Dave have also been honoured with the coveted prize. The Pulitzer committee, that awards achievers in newspaper, online and magazine journalism, literature and musical composition, announced the list of this year’s winners on Monday.

They said they were moved by the “balanced intimacy” of the work of the photojournalists while covering the pandemic. Mr Siddiqui was 38 when he was killed while covering clashes between Afghan troops and the Taliban in Spin Boldak district in Kandahar city, near the Pakistan border in July.

He was the chief photographer for the agency in the Indian bureau and had extensively covered global issues and crises, including wars in Afghanistan and Iraq, Hong Kong protests and Nepal earthquakes. He was known for his investigative and impactful photography.

This is Mr Siddiqui’s second Pulitzer prize. He won the prestigious prize for feature photography in 2018 as part of the Reuters team for their coverage of the Rohingya crisis. In March, his bereaved parents filed a complaint against the Taliban with the International Criminal Court and demanded a probe, saying their son died in a targeted killing .