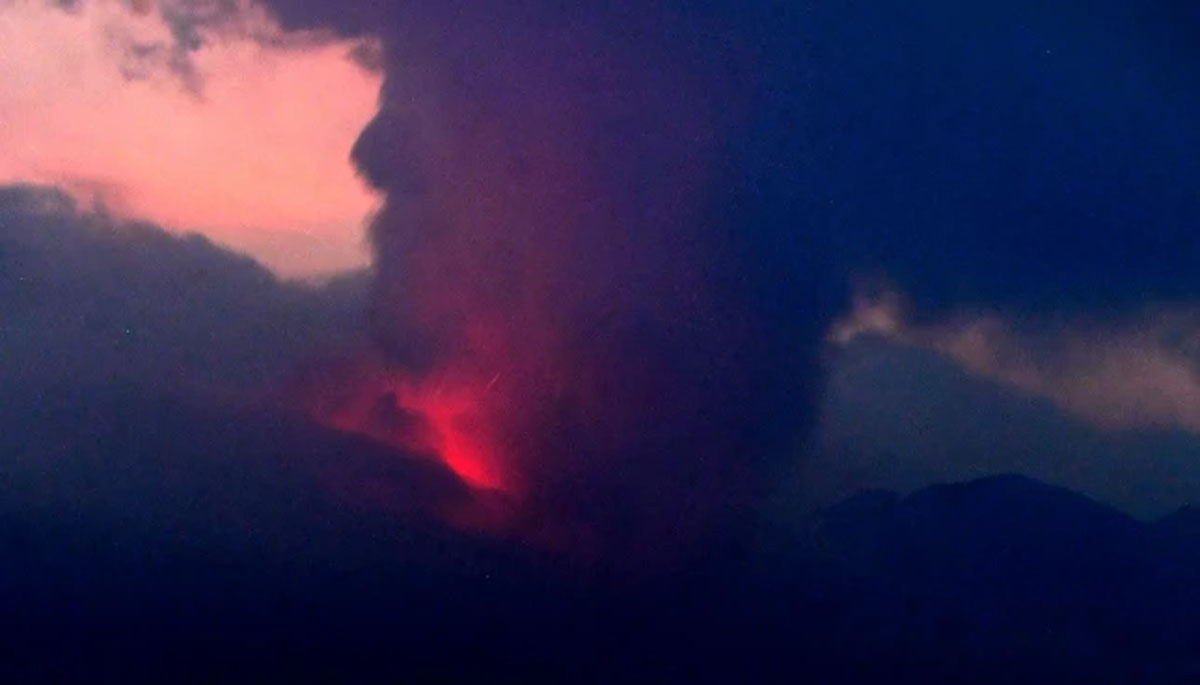 Sakurajima volcanic stones raining down 1.5miles away from the peak.

Japan raised its emergency alert level to the maximum five and urged residents to evacuate after a volcanic eruption.

Sakurajima on western island Kyushu erupted at about 8.05pm local time today, the Japanese Meteorological Agency (JMA) said. There were reports of volanic stones raining down at a distance of 2.5 km (1.5 miles) from the volcano, according to state broadcaster NHK.

Nearby nuclear power plant Sendai saw no irregularities, regulators confirmed. The eruption alert level has been raised to 5, the highest, with some areas advised to evacuate, it added. There were no immediate reports of damage.

Sakurajima is one of Japan’s most active volcanoes and eruptions of varying levels take place on a regular basis. In 2019 it spewed ash 5.5 km (3.4 miles) high.

Video footage from Sunday’s eruption showed what appeared to be a red mass flowing down one side of the volcano, with red projectiles shooting out while smoke, hard to see in the darkness, billowed up.

Most of the city of Kagoshima is across the bay from the volcano but further residential areas within about 3 km (1.9 miles) of the crater may be ordered to evacuate, NHK said.

Officials at Prime Minister Fumio Kishida’s office were gathering information about the situation, it added.