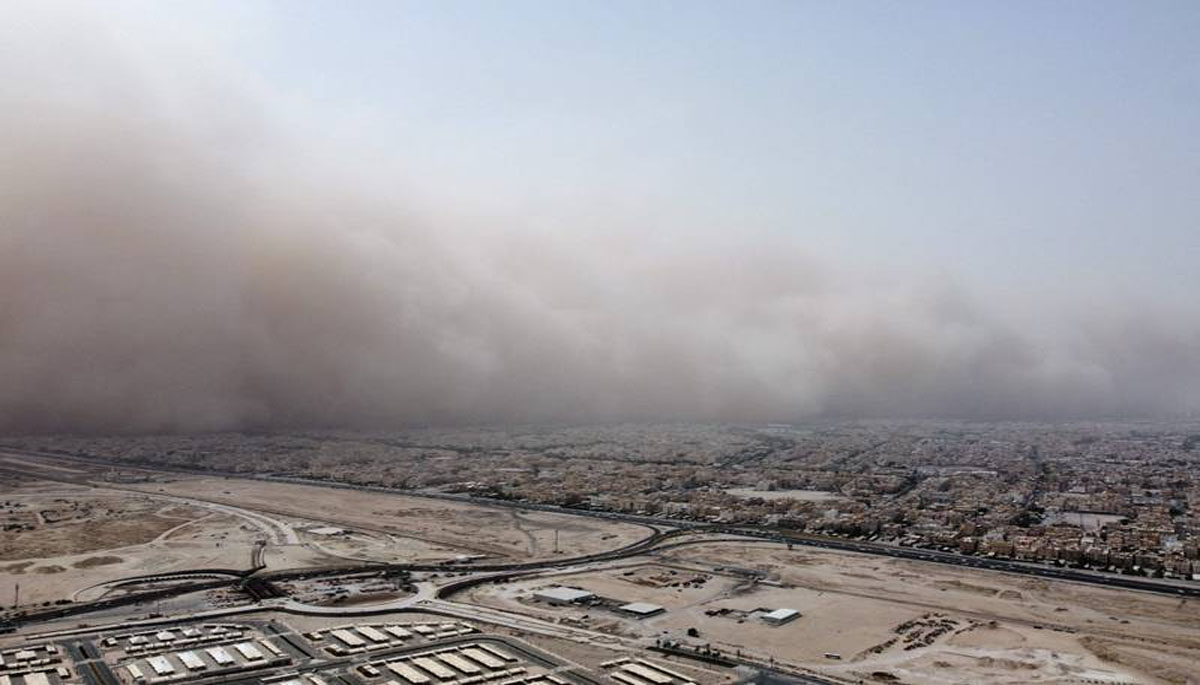 Flights have been suspended at Kuwait International Airport due to the severe weather conditions caused by a dust storm, the country’s Civil Aviation Authority said.

Kuwait’s Ministry of Interior cautioned all citizens and expatriates on Monday of the current unstable weather conditions caused by the dust storm and warned of poor visibility on the roads for most of the day. Sandstorms have engulfed the Middle East in recent weeks, in a phenomenon experts warn could proliferate because of climate change, putting human health at grave risk.

At least 4,000 people were hospitalised a fortnight ago in Iraq with respiratory issues, where nine sandstorms have blanketed the country since mid-April. The phenomenon has also smothered Iran, Kuwait, Saudi Arabia and the United Arab Emirates with more feared in the coming days.

The National Centre of Meteorology (NCM) issued a warning that a number of Saudi cities will be affected by strong winds that may lead to the possibility of a dust storms. NCM said Qassim, Riyadh and the Eastern Province regions may be hit, as may Tabuk, Makkah and Madinah.