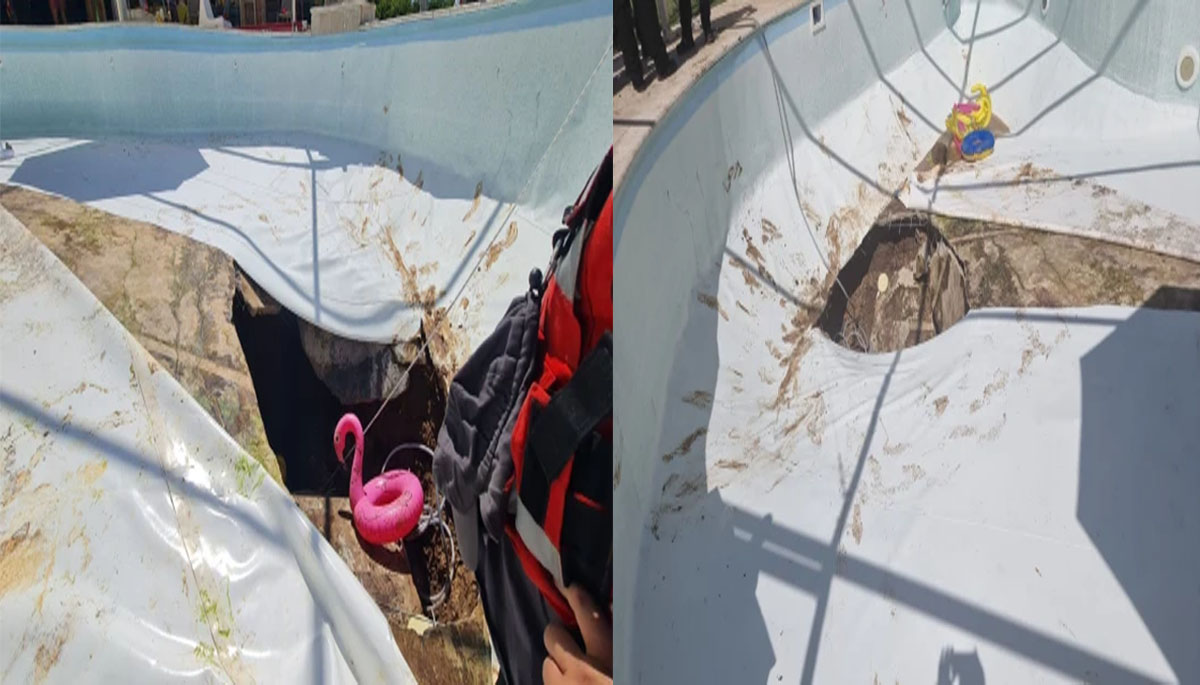 Man dead after sinkhole opens up and swallows him while swimming

The victim, who has not named, was dragged down with the water when it fell into the chasm underneath in Karmei Yosef, Israel, yesterday. Another man, 34 narrowly escaped and needed treatment from paramedics at the scene for injuries to his lower body.

Footage from the scene shows swimmers – who were attending a private work party – clinging to the sides of the pool as the sinkhole swallowed everything including inflatables.

A woman who saw the hole start to appear tried to get her friends to leave the pool. But it was too late. She told Ynet news site: ‘Seconds later, the ground just dropped… I watched two people just disappear.’

Another witness told Israel’s Channel 12: ‘The water level suddenly started receding and a hole opened up, creating a vortex that swept two people inside.’

The search team spent four hours looking for the man’s body and used Go-Pro cameras on their helmets to help them. The rescuers had to be cautious and build a support structure to prevent a second collapse.

Paramedic Uri Damari told The Jerusalem Post: ‘When I got to the scene I saw a pit that had opened at the bottom of the empty pool.

‘People who were at the site told me that the pit opened suddenly and within a few seconds all the water of the pool was pulled in.’

Police have opened an investigation into the death. A helicopter was used to search for other possible sinkholes in the area.