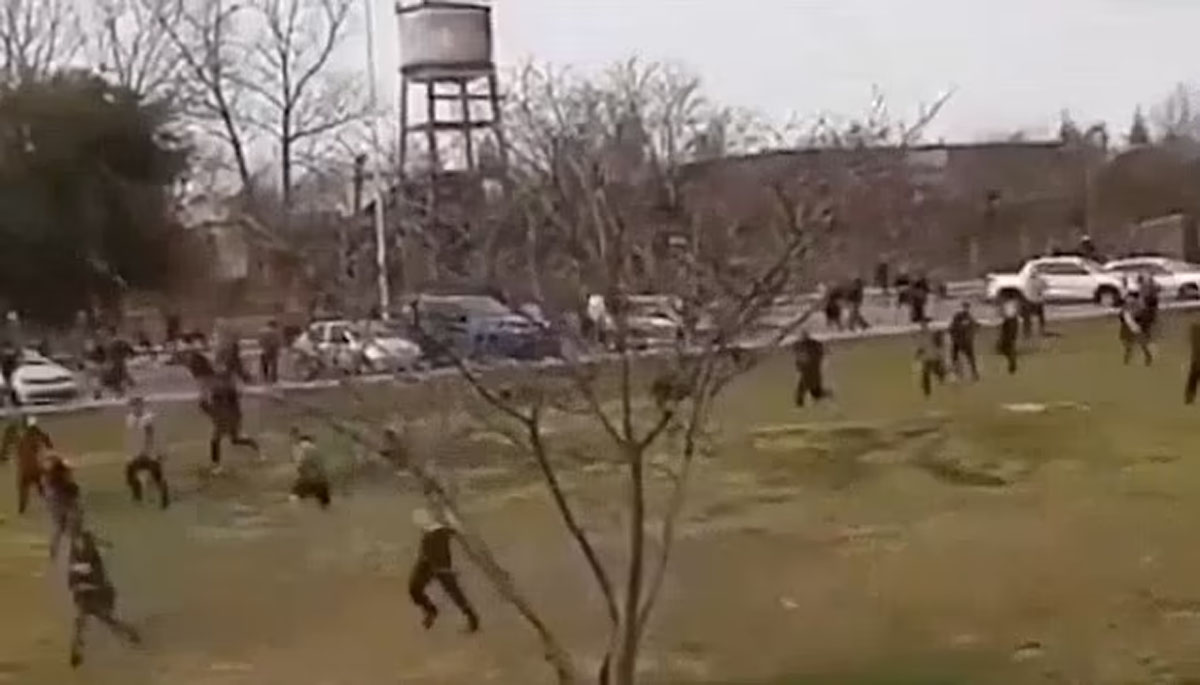 A teenager is fighting for his life after a mass shooting at an Argentinian fourth division football match. The Buenos Aires grudge match between Club Lujan and Club Alem was suspended after 15 minutes as seven people were shot at the Campo Municipal de Deportes stadium in the Argentinian capital.

Around 20 people were injured in the chaos which police attempted to control using rubber bullets. Local media claims that visiting ultras fired on home supporters in the vicinity of the stadium after fighting broke out.

The teenager, 18, is said to be in a serious condition as a result of the shooting with others injured due to the hooligans brawling. Police reported that the violent thugs also used a ‘sound bomb’ to disrupt the game – throwing it towards the dugout.

Video footage captured at the game showed fans fighting and throwing missiles at each other as well as some graphic scenes circulating that show a boy being treated by paramedics to a chest wound.

The injured were transferred to Municipal Hospital Nuestra Senora de Lujan nearby. A statement on Alem’s Facebook page said: ‘Unfortunately the classic was suspended due to incidents.

‘What should be a football party is overshadowed by a group of violent people.’ Alem coach Horacio Fabregat is quoted by Ole as saying: ‘We are inside the locker room, we have no way to get out because we don’t have a microphone and we are waiting [to find out] how we are going to go home.

‘The leaders [of the club] are with us and the people of Lujan are seeing how we can [leave]. ‘I was the first to see that something was happening, I called the fourth referee and asked him to stop the game.

‘From then on they asked us to get inside the field, they began to throw stones at us and a very loud bomb fell near the [dugout]. ‘I know it was something serious that happened outside, but we don’t know who what happened