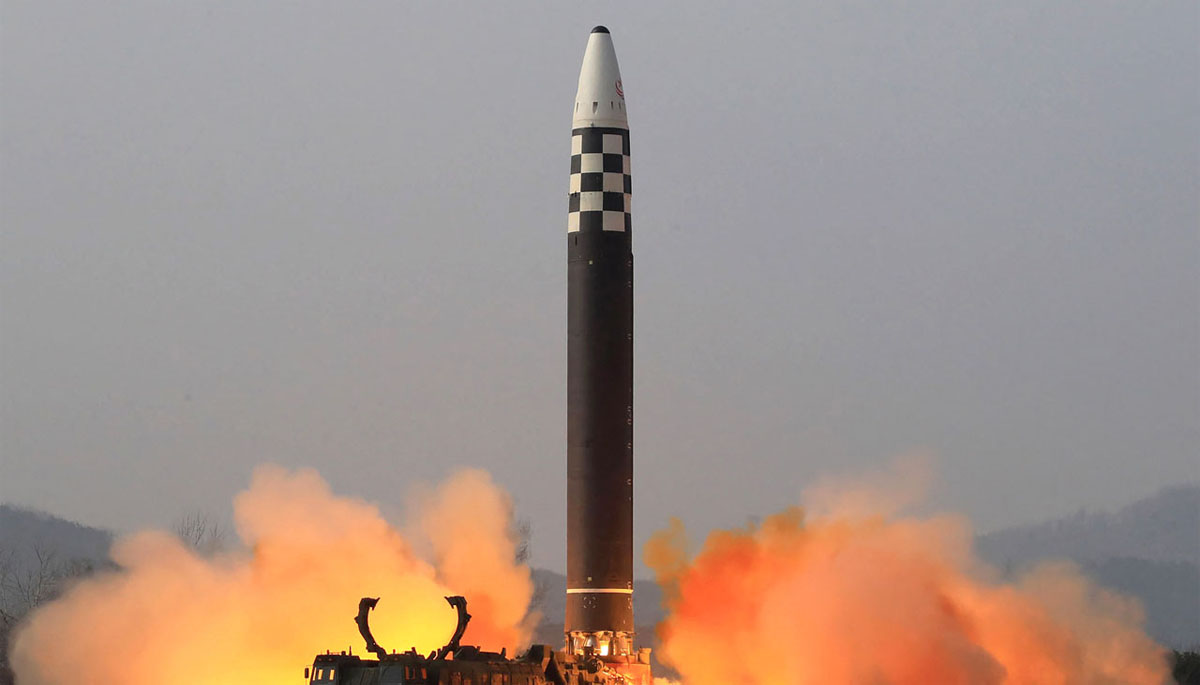 North Korea has carried out yet another missile test as it continues to lash out at its neighbours and the West. South Korea’s Joint Chiefs of Staff confirmed it detected three rockets crashing into the sea of its east coast. Japan’s defense ministry said it believes the weapon used is a ballistic missile.

Its the 16th similar test ordered by Kim Jong Un so far this year, an alarming rise linked to its increasing diplomatic isolation.

Nuclear talks with the US initiated by Donald Trump have stalled and Pyongyang is desperate to have sanctions lifted. Kim previously declared a pause in testing while the possibility of economic relief in return for giving up nukes was explored.

But with negotiations in limbo and neither side likely to budge, the hermit state is spiraling towards reviving full atomic exercises. Analysts in Washington and Seoul believe North Korea is on the brink of carrying out its first nuclear test since 2017. Remote land in the north east of the country is being prepared for the detonation.

The launch coincides with the government admitting it is undergoing a Covid-19 outbreak for the first time. Officials declared the ‘gravest national emergency’ after confirming the Omicron variant has began to spread through the impoverished nation.

The virus is thought to have been circulating in North Korea since the beginning of the pandemic but Pyongyang’s rare admission of any perceived weakness suggests the serious is worse than ever. The official Korean Central News Agency (KCNA) said tests of samples collected on Sunday from an unspecified number of people with fevers in the capital, Pyongyang, confirmed they were infected with the Omicron variant.

In response, the leader called for a lockdown of cities and counties and said workplaces should be isolated by units to block the virus from spreading. The North’s government has shunned vaccines offered by the UN-backed Covax distribution programme, possibly because those have international monitoring requirements.