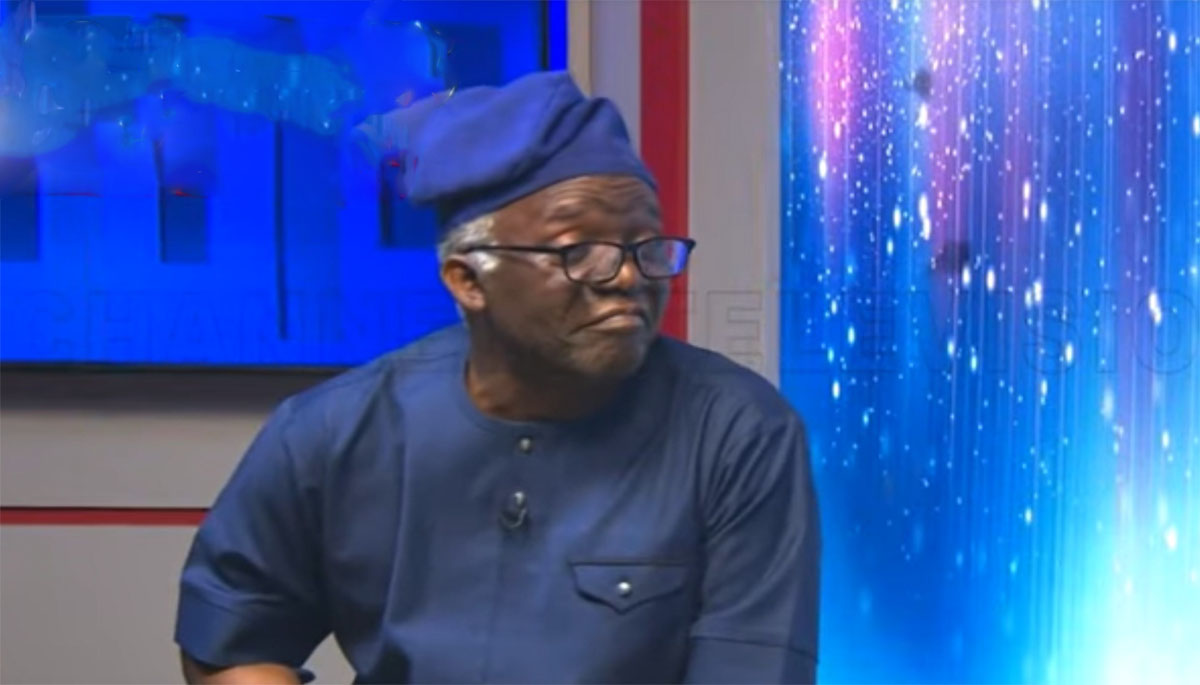 Human rights lawyer Femi Falana has faulted the N100m presidential nomination form fee set by the ruling All Progressives Congress (APC), and other political parties as “outrageous, insensitive and immoral” since the country’s minimum is N30,000 and some governors are not willing to pay.

Giving his reasons for describing it that way, he said, the move violates section 42 of Nigeria constitution which provide for participation in democracy. Also, the African Charter on Human and Peoples’ Rights and the Nigerian constitution, provide that every person shall be entitle to participate directly or indirectly of the political parties of it own country. and section 42 provide that no body shall be subject to any restrict or discriminations on the bases of class faction of whatsoever.

So for a party that want to exclude people with money on fact that some cannot mobilise N100 million or N40 million, to attain some positions in their country is discriminatory and illegal. because that party is politics of their country and is not money bags or fat cats.

The “immorality of it is that. over 90 millions of Nigerians is classified as poor and N30k minimum wage is not been pay by some governors, so pegs a party form for that amount is wrong.

‘Not For The Rich’

Falana’s comment comes on the heels of debates about the prices for nomination forms by the APC. But the party’s spokesman Felix Morka says the criticisms about the fees are not justified.

According to him, no economy anywhere else in the world is perfect and despite that, “there are people who still live opulent lives ad make legitimate money” in Nigeria. “Our party is not for the rich,” he stated. “The party came to a decision that the value placed on these forms are justified”.