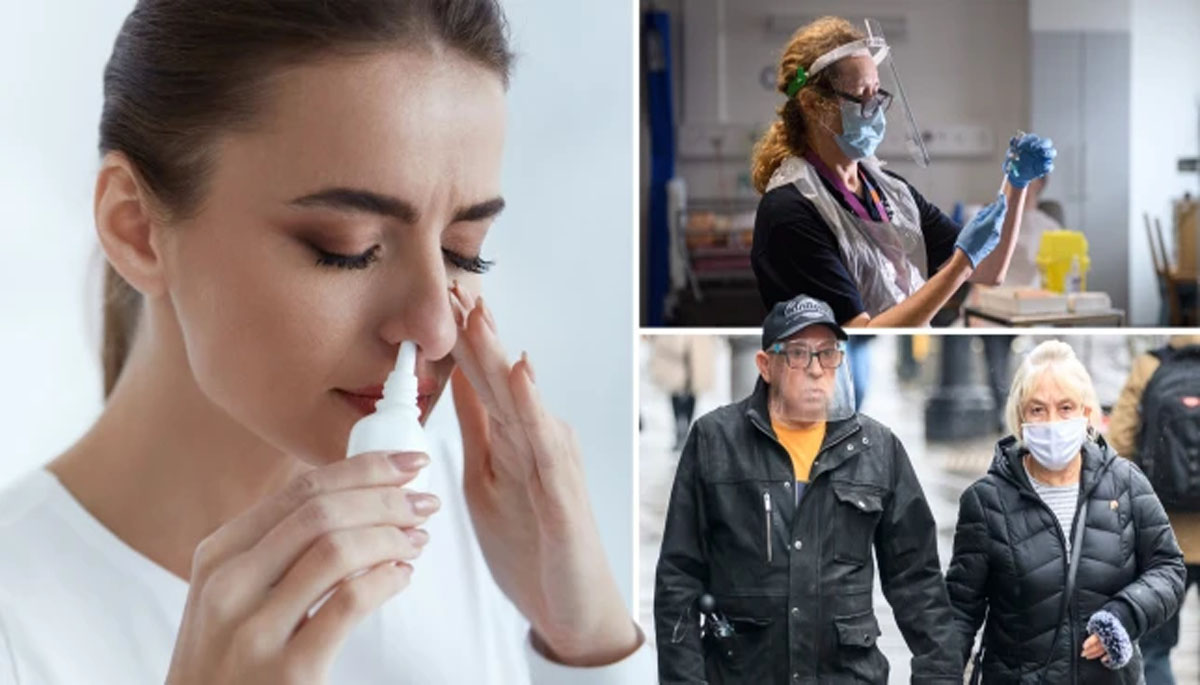 A new nasal spray which could protect people from all Covid variants is to start human trials. The groundbreaking treatment contains ‘potent’ proteins which target the virus’s weak spots and prevent it from infecting the body, say scientists.

Some treatments including vaccines have become less effective at combating Covid as the virus has continued to evolve. Several antibody treatments were halted last month in the United States after they failed to protect people against the BA.2 omicron sub variant.

The treatments are expensive to develop and require complex refrigerated supply chains. But now American scientists have come up with a simpler solution to combat the virus which has killed 6,214,160 people worldwide to date. The new treatment is being advanced to human clinical trials to treat Covid after promising results in rodents.

The researchers used a supercomputer to design proteins which target ‘vulnerable sites’ on the surface of Covid-19. The proteins, dubbed minibinders, were reengineered to make them even more potent against the virus’ spike protein. They targeted the virus’ infectious machinery’ in three places rather than one, making the drug far less likely to detach than other treatments.

Professor Michael Jewett, of the University of Washington School of Medicine, explained that SARS-CoV-2’s spike protein has three binding domains, and common antibody therapies may only block one He said: ‘Our minibinders sit on top of the spike protein like a tripod and block all three. ‘The interaction between the spike protein and our antiviral is among the tightest interactions known in biology.

‘When we put the spike protein and our antiviral therapeutic in a test tube together for a week, they stayed connected and never fell apart.’ The treatment reduced Covid symptoms and prevented infections, the researchers found after testing it on mice with a nasal spray.

The proteins prevented Covid from binding to what’s known as the ACE2 receptor, the entry point for infecting the body. Covid cannot infect the body without binding to the receptor, which suggests the treatment will work against new variants.

Professor Jewett added: ‘To enter the body, the spike protein and ACE2 receptor engage in a handshake. ‘Our antiviral blocks this handshake and, as a bonus, has resistance to viral escape.’ The virus hunting proteins could offer an alternative to vaccines which have proven difficult to develop and require a healthcare professional to administer.

They can be produced on a large scale in microorganisms like E. coli, making them far more cost-effective to manufacture and are stable in high heat. There is also a high chance the treatment could be self-administered using a one-time nasal spray. It could therefore be made available in pharmacies as a preventative measure to treat infections, the researchers say.

The findings were published in the journal Science Translational Medicine.