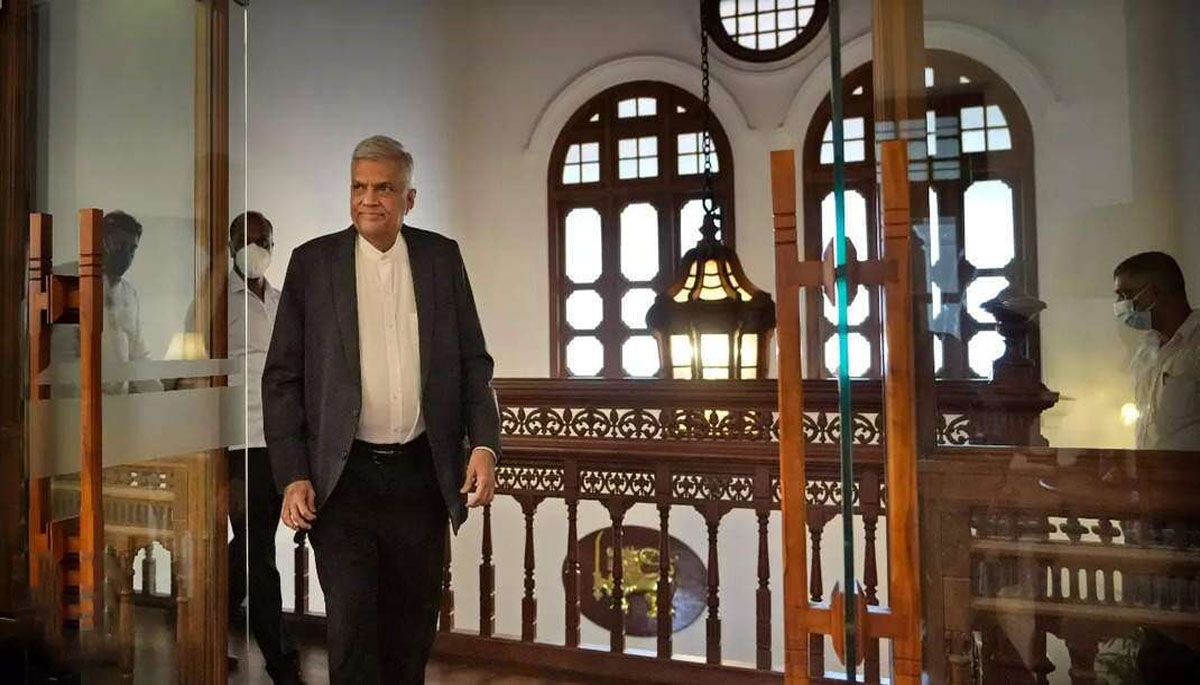 Six-time prime minister Ranil Wickremesinghe said he will not bow to violence after winning a parliamentary vote to succeed Gotabaya Rajapaksa, who fled the country and resigned last week.

“If you try to topple the government, occupy the president’s office and the prime minister’s office, that is not democracy, it is against the law,” Wickremesinghe said after praying at a Buddhist temple in the capital Colombo.

“We will deal with them firmly according to the law. We will not allow a minority of protesters to suppress the aspirations of the silent majority clamouring for a change in the political system.”

Shortly after his election, he met with elite police and army units guarding the national parliament to thank them for defending key state symbols, his office said.

The overrunning of the presidential palace earlier this month by protesters against Rajapaksa’s handling of the economy saw him flee the premises and then the country. He sent in his resignation from Singapore.

Wickremesinghe is widely seen as a proxy of the once powerful Rajapaksa family, but he denied that he was friends with them. “I am not a friend of the Rajapaksas,” he told reporters at the Gangaramaya temple. “I am a friend of the people.”

The new leader earlier invited all political parties in parliament to join him in addressing the country’s unprecedented economic crisis that has led to severe shortages of essentials such as food, fuel, and medicines.