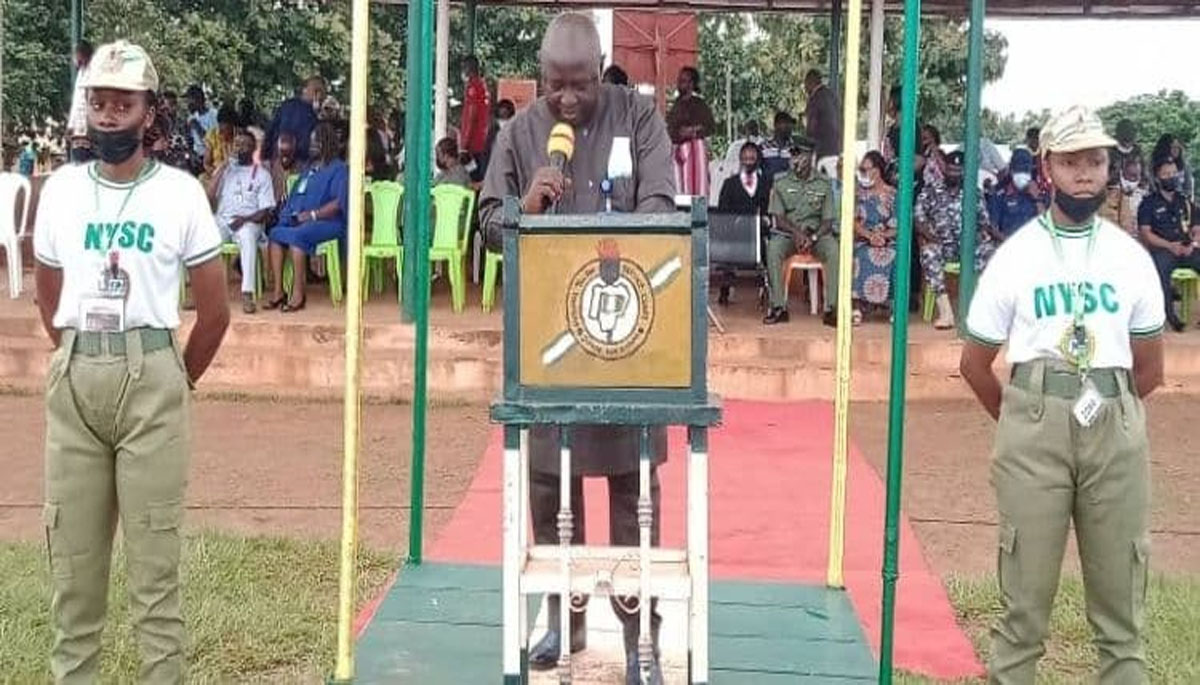 The National Youths Service Corps, NYSC, has warned Corps members against the use of social media platforms to spread fake political news during their service year, saying stiff penalty awaited anyone found culpable.

Cross River State Coordinator of the Scheme, Andrew Zemo gave the warning during the swearing in ceremony of the 2022 batch ‘B’ stream one Corps members at the Obubra Orientation Camp in the state.

Zemo who read the speech of the NYSC Director General, said fake news, and involvement of Corps members in Local politics will fuel hatred and other negative purposes that do not promote development, unity and National integration.

He said the NYSC will monitor all the Corps members no matter how remote their place of primary assignment was located ,saying all sensitive negative issues of politics should be ignored.

Some of the Corps members who were in Cross River State for the first time, promised to follow the ethics and rules of engagement of the scheme, assuring that issues of Community services will be their focal agenda during their service year.

About one thousand five hundred Corps members participated in the swearing in ceremony of the 2022 batch ‘B’ stream one in Cross River State.