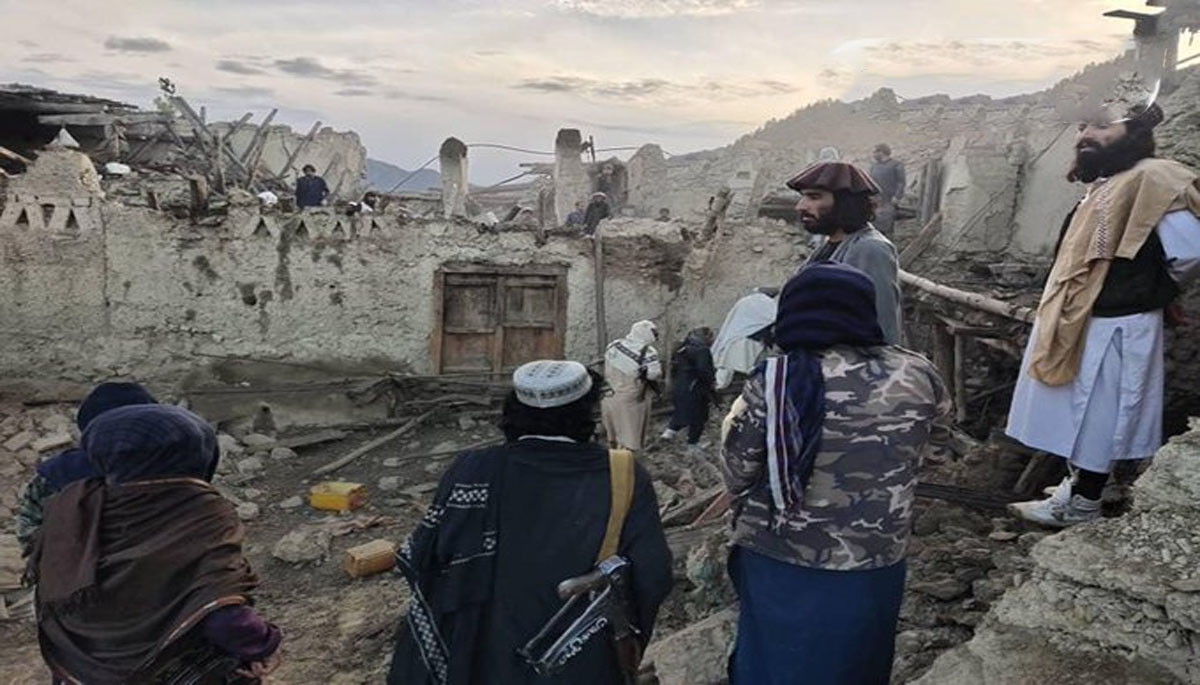 The death toll from a 6.1 magnitude earthquake that struck the eastern Afghan province of Paktika in the early hours of Wednesday rose to more than 1,000 people, the state-run news agency reported.

In addition to the thousand dead, at least 1,500 people were injured across four districts in the disaster, the head of the Information and Culture department told Bakhtar News Agency. The Taliban has appealed for aid agencies to send assistance to the site of the disaster. The quake struck about 46 kilometres south-west of Khost city in eastern Afghanistan at a depth of 51km, the US Geological Survey said.

Ninety houses were damaged across the province, and some villages were completely destroyed. The number of casualties rose as rescue operations continued. “Unfortunately, last night there was a severe earthquake in four districts of Paktika province, which killed and injured hundreds of our countrymen and destroyed dozens of houses,” Taliban spokesman Bilal Karimi said on Twitter.

Military helicopters flew to the province to help in the search for people trapped in landslides that followed the quake. “Houses that were built on the sides of mountains were all damaged as they were already vulnerable,” a resident from Paktika told The National. “Hundreds of people have died since late last night, but the casualties are going to be even higher. Some areas turned into graveyards.”

Residents said there was an urgent need for medical and humanitarian assistance. “There are limited facilities across the province as it’s the least developed province,” one said. “International organisations must reach the area with emergency packages to help the families affected by the earthquake.” Bakhtar also reported casualties in Khost province.

“Due to the recent floods in eight provinces, 10 people were killed and two others were injured,” Mr Muslim said. “In addition, 500 houses and several kilometres of roads were damaged while 3,500 jeribs (700 hectares) of agricultural land was destroyed and 1,000 animals were lost.”

Afghanistan analyst Hekmatullah Zaland, who works with the Center for Strategic and Regional Studies, an Afghan think tank, told The National that the situation would only get worse. “Several districts of Paktika province have seen very little progress in the past 20 years, due to heavy Taliban presence in the areas. With no clinics and little aid readiness, I fear the casualties will rise rapidly.

“Humanitarian organisations are the only hope right now. If medical and emergency aid reaches the area on time, it will save the lives of many families, especially women and children.” Ashraf Ghani, the former president of Afghanistan who fled the country on August 15 2021 as the Taliban seized power, expressed his condolences to the victims of the disaster on Wednesday afternoon.

“My condolences to the families of the victims in Paktika, Khost and other parts of the country,” he wrote on Twitter. “I ask the martyrs from the court of God to grant them paradise and the wounded a speedy recovery.” The earthquake was felt across other provinces, including Kabul, Ghazni, Logar, Maidan Wardak, Laghman and Nangarhar.