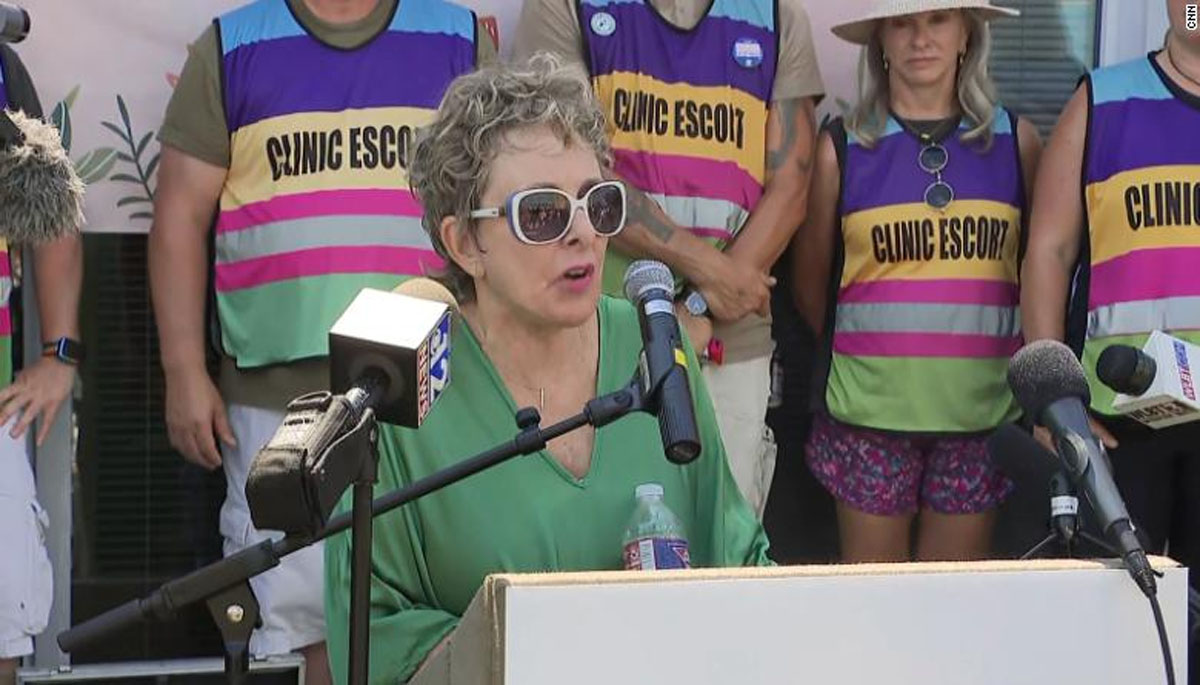 The owner of the only abortion clinic in the state of Mississippi vowed at a news conference Friday afternoon to stay open and continue providing services for women for the next 10 days, hours after the US Supreme Court issued a ruling eliminating the constitutional right to abortion nationwide.

“We are continuing to provide services, and women like me, and there are many throughout this country, will be doing the same thing. And I tell you today we’re not laying down. We’re not giving up,” said Diane Derzis, owner of Jackson Women’s Health Organization.

Under the laws of Mississippi, the abortion ban triggered by today’s Supreme Court decision will go into effect 10 days after Mississippi Attorney General Lynn Fitch certifies the decision. Fitch has not announced plans for certification.

“So that means that we will be open for the next 10 days and we’ll be seeing patients for the next 10 days. Even if they have to do what they’ve done so often and that’s come through this kind of terrorism,” said Derzis referring to anti-abortion activists who have frequently gathered near the clinic.

“I will tell you that any patient who contacts us, we’ll see them. We’ll make sure we see them during that 10 days,” said Derzis. “A woman should not have to leave the state to obtain medical care.” Once the Mississippi clinic is forced to close its doors, Derzis said they plan to continue to help women find the services they need.

“It’s funding all over the country. So we know how to put her in touch with those individuals and figure out which is the closest clinic you know, there’ll be women who are able to afford a plane ticket and if they can hop on a plane and get into Las Cruces, or Baltimore, Maryland or wherever, Chicago, Illinois, then that wherever is the easiest to get her in because her needs have to come first,” said Derzis.

Derzis and her team have begun plans to open a new clinic in Las Cruces, New Mexico, where they will continue to provide services. In Arizona, several abortion providers preemptively pause services Several abortion providers in Arizona say they have preemptively paused abortion services due to a lack of legal clarity, according to posts on their websites (Family Planning Associates, Planned Parenthood Arizona, and Tucson Choices).

Dr. DeShawn Taylor, who operates Desert Star Family Planning in Phoenix, said her clinic had to cancel about 20 abortion appointments originally scheduled for today through next week. She said, “We’re committed to keeping our doors open if we can, to be able to provide abortion care, once it’s safe to do so. I believe we’ll be in some dark times for a while, hopefully for not too long, but I do believe the pendulum will swing back.”

Arizona does not have a trigger ban but does have a ban on abortions past 15 weeks set to take effect in approximately 90 days. Meanwhile, the Arizona State Senate Republican Caucus issued a memo today, stating effective immediately, Arizona is to enforce “pre-Roe law. The law, already on the books, bans most abortions, unless the procedure is necessary to save the life of a mother.”

This pre-Roe law was first created in 1901 before Arizona statehood and was updated last year. It states anyone with intent to procure the miscarriage of a woman, “unless it is necessary to save her life, shall be punished by imprisonment in the state prison for not less than two years nor more than five years.” Brittni Thomason, spokesperson for the Arizona Attorney General’s Office, gave CNN a statement, saying: “We understand this is an important issue for so many people, and they are seeking clarity.”

The Arizona governor’s office declined to comment. Taylor told said, “I’m surprised at how heartbroken I feel when I knew it in my bones” the ruling would be coming. She said she hopes not only to secure women’s right to an abortion but to secure real and meaningful access to abortions in Arizona, where there are a handful of clinics providing such services, mostly in urban areas.