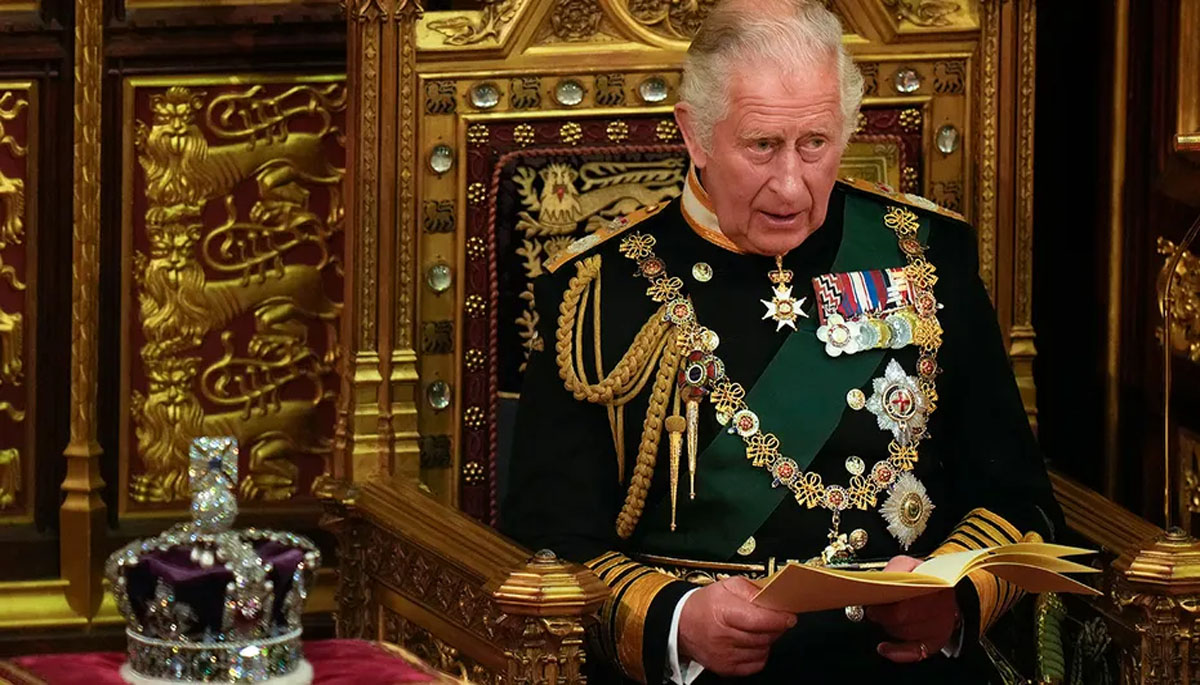 Prince Charles has opened the British Parliament, stepping in for Queen Elizabeth II whose health problems forced her to miss the event for the first time in almost 60 years.

The State Opening of Parliament is one of the set-piece events in British political and royal life where the monarch speaks to Parliament, laying out the bills the government will introduce. The queen was understood to be watching proceedings on television from Windsor Castle.

Ceremonial regalia — the imperial state crown, the cap of maintenance and the sword of state — were transported to the Palace of Westminster in three state limousines before the annual event. Black Rod Sarah Clarke, in accordance with tradition, arrived and knocked on the door three times to request that MPs attend the House of Lords.

The Prince of Wales, addressing the House of Lords and House of Commons on Tuesday to deliver the queen’s speech, said the UK government’s priorities included tackling rising inflation and enhancing global security.

He promised that in “challenging times” the government would continue to support the people of Ukraine. Ailing monarch
The monarch, 96, pulled out of the event, a major ceremonial date in her calendar, because she is suffering from “episodic mobility problems”.

These issues are said to be a continuation of the problems the queen has suffered since last autumn. It is only the third time during her reign that she has not opened Parliament — and the first time in 59 years.

The exceptions were in 1959 and 1963, when she was pregnant with Prince Andrew and then Prince Edward, and her speech was read by the lord chancellor on each occasion. Prince William, second in line to the throne after his father Prince Charles, attended the occasion for the first time.

Government priorities
The Prince of Wales said the government’s priority was to “grow and strengthen the economy and help ease the cost of living for families”. Prince Charles told Parliament: “Her majesty’s government will drive economic growth to improve living standards and fund sustainable investment in public services.”

The Prince of Wales said the government would take action to prevent “dangerous and illegal Channel crossings” and tackle the criminal gangs who profit from such journeys. “Reforms to education will help every child fulfil their potential wherever they live, raising standards and improving the quality of schools and higher education,” he said.