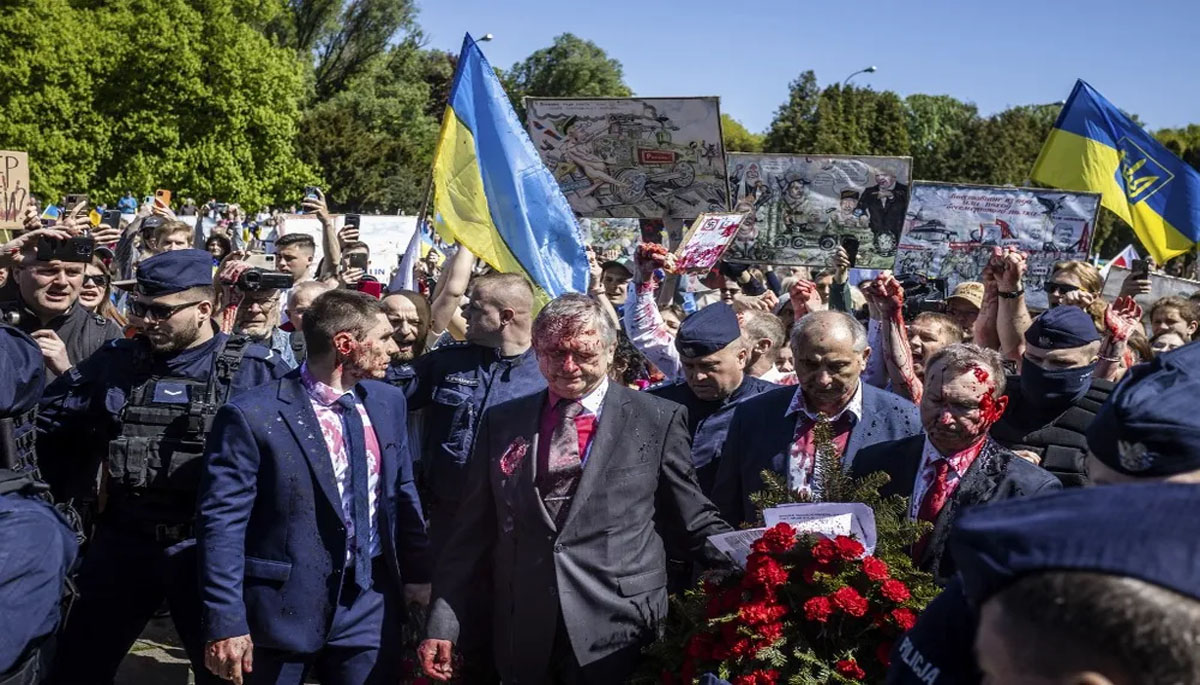 Russia demanded a formal apology from Poland on Wednesday, threatening possible future reprisals over a protest in which Moscow’s ambassador to Warsaw was doused with red paint. The ambassador, Sergey Andreev, was harassed by people protesting Russia’s invasion of Ukraine as he went to lay flowers at the Soviet Military Cemetery in Warsaw on Monday, drawing a furious reaction from Moscow.

Moscow’s foreign ministry summoned Polish Ambassador Krzysztof Krajewski to receive its protest. “Russia expects an official apology from the Polish leadership in connection with the incident and demands the safety of the Russian ambassador and all employees of Russian foreign institutions in Poland are ensured,” it said in a statement, according to Reuters.

“A decision on further steps will be taken depending on Warsaw’s reaction to our demands.” Poland’s Foreign Minister Zbigniew Rau said authorities warned Andreev that attending the cemetery on Monday risked provoking an incident, according to the state-run PAP news agency.

“However, what happened does not in any way change our position that diplomatic representatives of foreign countries are entitled to protection… no matter how much we feel the need to disagree with the policy of the government that the diplomat represents,” Rau was quoted as saying. Monday marked Victory Day, with Russia commemorating the Soviet Union’s victory over Nazi Germany in World War Two.